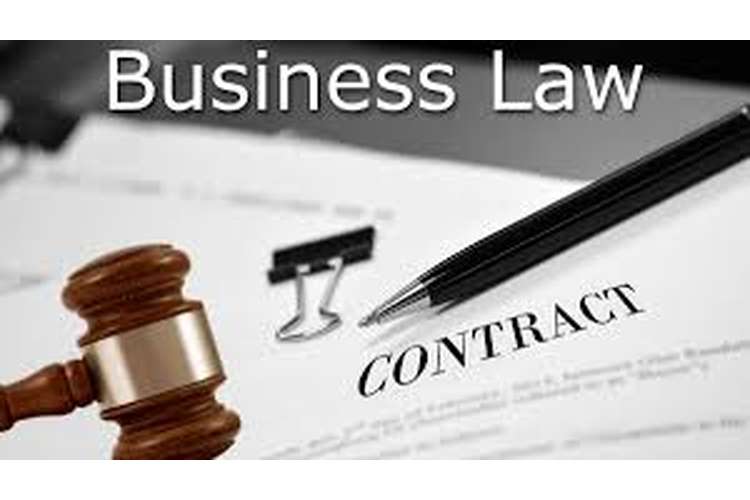 For the purpose of compliance it is essential to know the relative legislative actions to be undertaken before proceeding with the same. The laws related to property are for the purpose of determining the status of the property at a given time. A property so concerned should be real in nature and be as good as a fixture or a land. It is immovable and weigh more than the weight of the owner. The property shall be owned by the owner and the not merely possessed. A difference between the possession and the ownership is that if a property is owned then the ownership shall be whole and the same shall be in the name of the owner whereas, the possession means to possess the property for a limited time but not for eternity. The property is also not in the name of the possessor but the owner during the period of possession. Property so owned and possessed shall be acquired after following all the rules and regulations. An equitable interest should be maintained that may be chargeable over the land or property in question. [Corones (2011)] 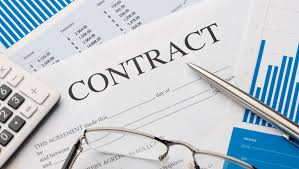 The nature of property should be real and in line with ownership of the same. The permanency shall persist and the same shall be described in the ownership deed. The ownership may belong to more than one person at a time. It may be a category of joint ownership wherein two or more people own the same property in equal participation or divided. The tenancy on such properties may also exceed more than one person at a time. Wherein the tenancy is determined for more than one person, it may be either identical or diverse depending on the extent of involvement. Every property should be registered under the Torrens Title or the old title. It is to be done if it exceeds the ownership for more than thirty years. The documents and deeds shall be in line with the records as if the same is not found to be true then the ownership may be affected. Almost every property in Australia carries the old system title and is required to be registered according to the different principles concerning curtain, indefeasibility, insurance and mirror. Such ownership has to be valid under the old systems title. [Australian trade practices legislation, (2010)]

The Registrar carries out the registration of the ownership and title. It includes registration of the documents and folios that concern the ownership. The documents shall be in the name of owners and the certificates should be made with two copies for every document. The same should include the original and the duplicate that is to be kept with the owner. The personal property security interests are regulated by the Personal Property securities Act, 2009.  The equitable interests are protected by the caveat. If the property is used to purchase credit, the same may be considered as mortgages. Therefore, the mortgage papers should be maintained in duplication as well. It would be held against the non-payment and may be taken over if the mortgagor is unsuccessful in making the payment to the mortgagee.  While claiming the ownership the torrens title would be transferred and claimed in accordance with the amount due.

Sometimes the property might be leased for specific purposes such as manufacturing, factory operations and tenancy. Such purposes of the lease should be maintained accordingly in the lease deeds according to the legislations. In general practice, it should be presented in a written format and duly signed by the concerning parties. The lease deed should be registered if existing for more than three years under the jurisdiction according to the jurisdiction requirements. The registration shall be done under the torrens title and the rights and duties shall be mentioned under the deed for parties. The person holding the lease is given the right of use over the property for a specified time and has the right of enjoyment for the premises. The necessary repair work to be undertaken at the premises for the complete enjoyment of the premises may be carried out by either the tenant or the owner. The repair work if is carried out by the tenant then the same would be refunded by the owner towards the tenant. If the lease is to be terminated then the same shall be done on notification by either of the parties through a written notice or the forfeiture of the same or expiry of the term. Such restrictions are imposed in order to curb the unfair-trade practices taking place such as under-quoting or over-quoting in order to shadow the benefits of the property under the legislative provisions. [Griggs et. Al., (2012)]

The Sale of Goods Act regulates the goods and services so exchanged in the market. The sale is said to be taken place when a contract of sale is entered into in order to exchange the ownership at a price or cost. The same is to be done according to the terms of the contract so presented. If the contracts terms are found to be breached then the damaged party may claim for damages from the damaging party. The reliefs available to such breaches are present under the Australian Consumer Law that regulates the duties and obligations of the seller and the buyer. The contract in question may be for the purpose of labor, materials and work.  The exchange of ownership takes place when the title of the goods is transferred at the time of sale or otherwise as discussed by the parties. Such exchange shall be considered valid if the goods and services so supplied are of standard quality, with duty of care and supplied on time. If the goods are do not match the description then the same may be not accepted by the buyer. The remedies available for the breach of such terms is that of claiming damages, retention of goods, stoppage in transit, replacement, rejection, rescission and such other measures. Therefore, the unpaid seller and the buyer may be able to address the issues according to the damages so caused. [Lockhart (2011)]

The consumer is protected through the ACCC at national level and State and Territory bodies on the other levels. The Office of Fair Trading at NSW, the Consumer Affairs Tribunal at Victoria and such other bodies for the respective territories, in turn supports the consumer rights. The bodies focus on deriving the evidence in matters related to consumer rights and presenting the information in turn to undertake civil and criminal actions on subsequent enquiries and hearings. The bodies also determine the responsibility of the liability at the seller or manufacturer’s part. The extent of involvement with the product would be enough to determine the same.

If the intellectual Property is involved at any level then the same may be protected under the Copyright Act, 1968, Designs Act, 2003, Patents Act, 1990 and Trade Marks Act, 1995. The intellectual property is considered to be unique and one of a kind that has to be protected under the identity as claimed by the owner of the same. The breach if any takes place regarding the same then it may be reported as a passing off under law of tort and can be claimed through injunctions, damages or court orders. [Miller (2008)]

In the present case, it is determined that the couple was looking out to buy a new oven to increase the productivity at the pizza shop run by them. For the same purpose, they approached Tuscan Ovens Pty. Ltd., in turn to buy the oven. The manager at the shop had mentioned about a new model of oven that it would be able to prepare at least 30 pizzas at the cost of $15,000. It was then found out that the oven was only successful in preparing only 12 pizzas. While in the process of making the purchase, the couple had advertised for the increase in quantity of pizzas and serving capacity in turn. When the oven was put to use the oven could not meet the expected productivity resulting in loss of clientele and revenue from the same. It could be stated that the owners of the pizza place having being suffered the loss of productivity and the sales are now in losses. [Griggs et. Al., (2012)]

The same may be recovered from the seller of the oven at Tuscan Ovens Pty. Ltd. Damages so caused may be claimed under the Competition and Consumer Act, 2010 that is a part of Australian Consumer Law. The remedies so available to the consumers are attempted to be uniform and purposeful for the application to multiple situations at once. The types of protection available in a situation of breach are that of specific relief, general relief and consumer transactions oriented relief. According to Section 8 of the Act, it is essential for the seller to make sure the statements so made at the time of the sale are true and fair to the product. If the seller makes a statement that is not true and misleads the buyer into purchasing the product then the same would be considered as deceptive if the same takes place under the regular course of dealings of the seller. Before concluding the actions as deceptive or misleading the defendant would be presented with the opportunity to prove the authenticity of such actions so undertaken by him in the situation or the concerning consumer transaction. The types of practices considered unfair are that of puffery, false representation, misrepresentation or failure to disclose the true nature of the product. In Henjo v Collins, the judgment dictates that even if the statements were made without the intention to mislead they will be categorized as being deceptive.

Furthermore, it is required for the misleading activity or the deceptive statement to be committed in the regular course of business to be considered as so. The transactions so undertaken arise from the standard nature of business. Transaction involving occasional sale of property or donations would not be included while testing for the nature of the statements so made at the time of sale. Another aspect of the nature of the statements is to check that the product and its productivity or output was not over estimated or represented. The seller should not be taking any unfair advantage of the buyer from a situation, wherein the buyer is disable to understand or derive the meaning of the statement as presented. For having separate bargaining powers it is essential that unconscionable conduct is avoided at the time of sale that may lead to deception. If conducted so it would be regarded as having an undue influence or unfairness. [Miller (2008)]

Under the Part 2, 3 of ACL the terms agreed to between he parties should be fair and legal. The misleading statements may be that of claiming the otherwise condition of the freshness or order, placement of order or such sponsorship. The remedies available under the consumer guarantees may be for the amount of $40,000 under a commercial transaction and for lesser amount under a personal transaction. The claim that may be made from the companies may extend up to $1.1 million and $220,000 in case of individuals. As the given case is concerning the over estimation of the production capacity of the pizza maker in the regular course of business and commerce, the seller could be said to have been misleading the customers in regards to the same. Thereby, the loss so suffered from the loss of sales may be claimed under law of tort and Australian Consumer Law in the form of damages. [Lockhart (2011)]