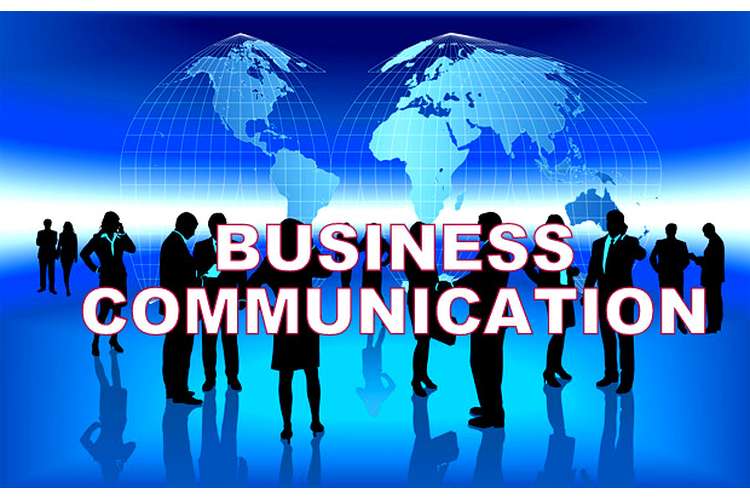 Communication plays a vital role in any business, be it a group or team based. When we address the issue of a team or a group communication, we have to look at it in very many dimensions, in that we have communication between the team members, which involves communication within members themselves or between members and the management, this mostly take place when the leader is assigning duties. More so, I realized that, we have communication between the group or the team and the esteemed customers, especially when the group formed is a business based. This type of communication will take place especially when the customers are interested in knowing the type of goods and services produced by the business. The business on the other hand, must have good communication to the public, this is because people in the neighbourhood will guarantee a working developenvironment and security to the business. I came to learn that, there are various forms of communication, the verbal communication may either be on phone call or face to face during the staff meeting. We also have written communication which may involves social media live chat, text messages and fax. More so we have nonverbal communication that involves the use of gestures.

Topic and question of discussion

A business is a group of people who have come together for a common goal, these people must have a common desire, same ideas and more importantly ready to work hand in hand with one another regardless of race, tribe, or even religious stand. According to Zoltan (2014), there are some reasons which may make a group of people decide to come together and start a business, some of which are:-

Company. I came to realize that most people who need companionship with others will take it easy to come together and form a group. Most people believes that group members will stand with them in times of calamities like death of their beloved ones, or still, some people will want friends with whome they may share their private information.

Security. I noticed that, agood number of people will stick in a certain group because of the financial security it offers to members, some groups for that case give loans and grants to their member at a low interest.

Power and control. I found out that, most people who feels that they have some administrative skills, joins groups so as to put their knowledge into practice.

Achievement. I discovered that people who are financialy down will want to join groups so as to acquire loans and grants to make the end meet.

After joining the already formed groups, or people coming together to form a group, Raluca (2015) says that, still there are some reasons why members may decide to leave the group, some of these reasons are:-

Poor group administration. I came to realize that, when the group officials mismanages funds or even mistreat members, some people will take it easy to leave peacefully and join another group or just go their way.

Power rivalry. I found out that, rankles may arise between members especially after election of officials. Members may feel that, there was rigging of votes during the election. This may lead to a long term cold war of which if not solved members may walk away.

In groups, Chery (2018) state clearly that, there are two types of members, one type being active members, these are people who are fully involved in group activities, they are really committed to make sure that the group achieve its set goals. Most of these type of members are self driven in that, they do not need supervision when undertaking the group activities. There are still other members who for this case can be referred to as passive members. These are members who does almost nothing or if they do, it is very little towards the success of the group. Most of them are unwilling to undertake any serious errant in the group as compared to their own work at home. This behavior is what we call social loafing.

In my studies, I came to learn that, norms and rules are the laws that a group or a team lays down to define its appropriate and inappropriate core values, believes, attitudes and behavior of the members. Roster (2009) state clear that, if norms influences the culture, then you need to be aware of how to influence the norms. They play a pivot role in the group, I realized that:-

1. They help activities and events in the group to be done in an official way.
2. They also help to coordinate members, because they spell out clearly duties and responsibilities of every member.
3. They allso have to be adoptive to the environmental changes. This is to mean that, they must be flexible to amendment.

Andrighetto (2013) puts it clearly that, for a group to be successfully formed and start functioning, I found out that it has to pass through different stages and phaces, some of which are:-

1. Forming stage- This is a time where by people come together and decide to form a group. During this time, any member is readly accepted. In most cases members are uncertain of the future of the group. They becomes anxious and ready to accept any responsibility.

2. Storming stage-  At this stage, members are now somehow aware of what the group is all about. Conflicts and competition start appearing among members and even among the leaders.

3. Norming stage- This is a stage where the group became more stable and became more or less a cohesive unit. Members now acknowledge there talents and skills and ready to put in practice. The group members become more flexible and more independent.

4. Performing stage- This is a mature stage whereby the group is very stable and is achieving its objective. At this stage, all members are fully aware of their responsibilities.

According to Ahmed (2018), there are very many distinct differences between a group and a team I came to learn. These differences emanate from its management and roles played by members. Some of these differences are:-

1. The leader in a team facilitate activities in that, he/she may give general piece of advice to members to improve on there performance, while in the group, the leader is the final decision maker of the group. He dominat the and control the group.
2. Members of a team actively take part in the decision making and eventually the end results, while in the group, the leader is apparent and will conduct and chair the meeting.
3. Team members take part in deciding on disbursement of roles and duties to the members. On the other hand group leaders usually assign duties and corporate social responsibilitiesto members.

Culturation is a change in social, psychological and cultural behavior among communities or families that have migrated and settled in anew region. It results from assimilation or blending some behaviors from a given community. For culturation to take place, we must have a group of people who are ready and willing to migrate to anew place, more so, the two communities must be ready to learn from one another in terms of language, cultural practice and more importantly peace must prevail among them.

Hotstede (1967) came up with a cultural dimension theory in which, he describe the effects of a society's culture on the core values of its members. The theory analyzed the cultural value in four dimensions. He said that the cultural values involves:- individualism- collectiveness, uncertainty avoidance, power distance which encouraged strength of social hierarchy and lastly masculinity- Feminity which can be taken as task orientation against personal orientation.

According to Globe model of culture, their is a much more desire in performance, future orientation, gender sensitivity and collectiveness in groups among the Anglo clusters. More so charismatic based team orientation and participative leadership contribute most to outstanding leadership in Anglo claster.

Political and religious difference, ancestral possession and power rankles are some of the key issues that can spark off disagreement between communities that were living together in Peace and harmony. One community may want to be aligned to a certain political front of which the other community is against. Coutext in his model state that, the ancestral possession in form of land have always become a battle field for most communities. Peace can only prevail when the two communities acquire a unified political stands and introduce religion which is taken as an opium to the poor.

Huntington (1993) put it clear that, in the wake of the fall of Berlin wall, international relationship would no longer be dominated by an ideological conflict, as it was during the cold war. He claimed that, as much as communities had certain cultural differences, still there was a common bond within the civilization .

In a group we formed some years back, a conflict a rose, looking at the cause of the conflict, I realized that it was ignited by a very small thing of which, if it was realized and solved early our group will be still standing up to now. Members could complain about communication brake down, in that they could not get the a gent information in time. When the issue was raised, it brought a lot of issues which brought the group down.

In any organization formed by people, be it a group or a team, norms and rules are the backbone of its functioning and prosperity. These norms gives a guideline to the duties and responsibilities of each and every member. Going against it will be punishable. More importantly, the group has to go through all the four stages before becoming stable.