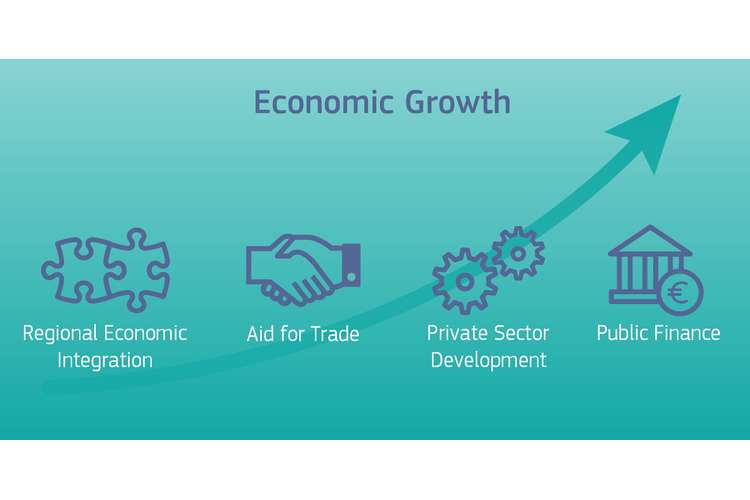 The Governor of Australia recently expressed satidfaction at Australia growth rate in the first two quaters of 2018, while expressing concerns over the unstable global economy which could hampler this growth, precisely the impending trade war between China and the US , the threat of protectionism (Shane, 2018) and the increase in tariff barriers , in world trade in general and growing volatility in the financial markets. This paper is a glance the current economic situation of Australia , domestic and international law as well as the possible impact.

The declining growth in unemployment should, hopefully raise the Aggregate Demand within the country further (Illustration 1). An increase in the wages shall help induce greater consumption demand within the economy. However, at the current rate, the consumption demand in Australia is not a cause of concern as the Australian household debt in already among the highest in the world at 211% of the world. (OECD Data, 2018) Unless some measure to introduce savings are induced, this household debt may rise further. Hence, a monetary policy of cheap money should be abandoned by Reserve Bank of Australia to give way for higher interest rates. Since the inflation has been rising and is within the inflation target of Australia, there are no expected harmful effects to be experience to inflation targetting.

In the past few years, Australia has been following an expansionary monetray policy in order to maintain inflation levels and GDP growth rates. Hence, interest rates in Australia have remained consistently low in the last few years. The impact of low interest rates should have led to a high demand for investment. (Illustration 1). this demand has been channeled into the housing sector. A consumer led spending growth in the housing sector has led to a boom in the housing sector. On the oother hand, the mortgages on houses , along with cheap credit for consumption purposes have led to a high spending among consumers and greater houehold debt. Lower interest rates do not spur the consumer to save more. Hence, it is time that moonetary policy for Australia must take a somewhat reverse path and should be aiming at raising interest rates.

If wages, conumption demand and aggregate demand rise further, it will push the econoc growth beyond the sustainable supply level of full employment. Full Employment is usually considered to be at 5%. In the current scnario, if Australian Economy pushes any lower than 5% employment, it would be dangeriusly close to pushing past the Aggregate Supply and experience high inflation, macro-economic instablity and rising asset prices. Hence, there is a case for a tighter monetary policy.[ CITATION NGr09 \l 1033 ]

Australia had also accumulated high bedget deficits following the Global Financiaal Crisis of 2008-2009 as the national policy required to have expansionary policies. However, measures have been taken to reduce budget deficits and have yeilded good results since 2017. Australia may not need expansionry policy at this stage. Hence, it would be a economically viable to have lower bedget deficits. If the current policy of lower budget deficits is contnues, it iss expected tat Australia may have a budget surplus in the fiscal year od 2020-21.

Australian Economy and the Global Markets

Australia and the rise of Protectionist Tendencies

US president Trump has voiced concerns on the trade deficit that USA has been posting consistently against China in the last few years. As a protective measure, the US has introduceed trade barriers against Chinese imports in the form of tariffs.(Shane, 2018)These tariffs, among other products, are have been levied in a greater measure on metal ores and meat products from China.(Federal Reserve Bank of St. Louis, 2017) The levy against metal ores is specifically expected to affect steel product imports from China. China, in retaliation,has introduced higher tariffs on US imports leading to what can be characterised as as a “Trade war“. This trade war cannot exist in a vaccum and shall have far reaching effects, inlcuding on countries like Australia, which as both China and USA as a significant trade partner. On one hand, this rise in protectionist policies“(Shane, 2018) On one had , the situation present opportunities, in order to allow Australia develop better trade ties with both nations,. On the other hand , the complex globalsupply chainwould get disturbed. Australia's iron ore exports to China could be negatively affected due to a fall in demand for Chinese steel goods. (Shane, 2018)

Protectionist tendencies are not just limited to the trade war beween USA and China. In 2017, USA aalso, pulled out of the Trans Pacific Partnership which could have helped open up US markets to Australia further. (Sherwood & Iturrieta, 2018)

The rise of protectionist tendencies by USA which has been a traditional trade partner to Australia his concerning. However, as it stands in the current situation, Australia has a Free Trade Agreement with USA(Department of Foreign Affairs and Trade, 2018) which may allow it to take advantage of the deteriorating ties between USA and China. Additionally, being a part of the TPP should also be able to insulate Australia from the rising uncertanity in tariffs. Hence, while the rising protectionist waves may be a threat, they may also, signal newer opportunities for Australia.

Australia is a highly globalised country and hence, incidents in the global financial markets would tend to threaten the Global Financial uncertanity. The value of Australian bonds and foreign investment in Australia could have an impact due to uncertanity in both developed and developing countries.[ CITATION Res182 \l 1033 ]

Australia's financial system is particularly closely tied to the financial system in New Zealaand where Australia's big four banks operate. High Household debt (particularly the debt from tthe housing mortgages and dairy sector) in the New Zealnd could lead to accumulation of Non Performing Assets within the Big Four Banks, all of which own subsidiary bank in New Zealnd.There is a risk of the contagion spreading to Australia through the Big Four.

APRA must fulil a greater role by adopting stringent measures to ensure that the crisis of New Zealand in contanined in New Zealand.. Australiab banks have been consistently opening more and more to global investment since the 1980s and it is time to re-assess the policy of greater globalisation of Australian banks [ CITATION Res182 \l 1033 ]

Other key causes of concern Fincanial instability in the corporate sector, particulalrly the large ssums of perceived bad debts accumulated by Chinese firms affect import demand from China in Australia. Debts by Chinese markets could have aan indirect impact too as defaults by Chinese borrowers may make the world capital markets more volatile[ CITATION Res182 \l 1033 ]. Further, currency depreciation or devaluation from China and other emerging Markets could further impact the export earnings for Australia. Other emerging markets such as Venezuela, Turkey, etc. Are experiencing significant cises, some of which may lead to depreciation or devaluation of local currencies.[ CITATION Gre18 \l 1033 ] The uncertanity faced in these markets, may snowball into a currency crisis, which could further lead to a larger financial crisis. China is the apparent weak link that could pass the contagion from these markets on to Australia.[ CITATION Res182 \l 1033 ][ CITATION Gre18 \l 1033 ]

Australia has over 2 trillion Australia Dollars tied up in pension funds that are closely ties to the global capital markets. Assets tied in pension funds have been experiencing high growth rates. The investment of these penssion funds was largely in domestic housing sector in Australia, in the past. The investment allocation has been moving towards equilites as a recent trend. Australia faces risks from both ends, in this case.[ CITATION Glo182 \l 1033 ]

Factors such as the sovereign debts in ountries like Greece, Italy and Turkey too could pose a threat as there is a risk of a global Financial contagion that could be triggered by events of defaults by these countries. Sovereign debts in these countries could cause crises within the global capital markets. Australia has links to thes crises due to government borrowings in Australia as well as pension funds. Similarly, financial institutions in the UK face risks concerning uncertanity surrounding Brexit and are these financial institutions could then transfer the risks on to the Australian financial markets. [ CITATION Res182 \l 1033 ][ CITATION Gre18 \l 1033 ]

The Australian economy, in it's current state, can be characterised into a growth phase. Australia is expected to grow at a higher pace than in the recent past.However, owing to the GDP growth, Australia faces a set of challenges, both from the domestic economy as well as from world economic factor. However, each of these challenges presents a unique set of opportunities for the Australian market to grow. Australiaa is marginaally above the full employment level (taken at 5% here) and if the recent trend of two years cotinues, it should breach the level of full employment. However, if full employment levels are breach, the risks of macro-economic stability would increase. There would be higher than desired inflation and overheating of the household credit market. The Reserve Bank could avoid these consequences by following a tighter monetary policy. Moreover, the current situation also presents a chance for the Australian goverrment to reduce budget deficit but following a more contractionary policy.

Australia also, faces risks from global markets, most notably owing to rising protectionist tendencies from USA. In addition, Australia's largest trading partner China can seem to be a cause of cooncern in several ways. It could be the link that spreads financial crises from developing countries and emerging markets into Australia. Similarly, sovereign debt in countries like Greece and Italy and uncertanity in the UK due to Brexit could spread the contagion into Australi through capital market. Australia has been following policies of globalisation since the 19080s and has been on a trend of globalisation. It may be important to reduce the trend of opening the Australian market to the world.

The most imminent threat however, currently , seems to be from the New Zealand which is closely tied to the Australian banking system. More sstringent norms under the APRA might be necessary to contain an impending crisis that may emerge throught the argest baks of Australia.