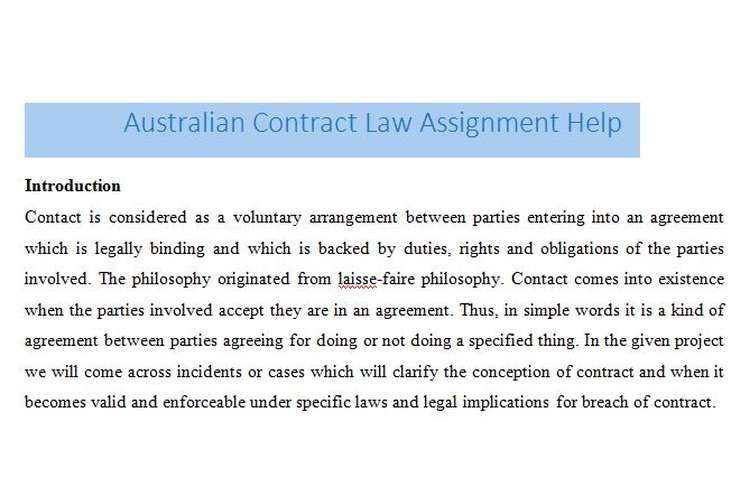 Contact is considered as a voluntary arrangement between parties entering into an agreement which is legally binding and which is backed by duties, rights and obligations of the parties involved. The philosophy originated from laisse-faire philosophy. Contact comes into existence when the parties involved accept they are in an agreement. Thus, in simple words it is a kind of agreement between parties agreeing for doing or not doing a specified thing. In the given project

we will come across incidents or cases which will clarify the conception of contract and when it becomes valid and enforceable under specific laws and legal implications for breach of contract.

In the first case, Steve agrees to lend his Hino Cargo Master to Tom who agrees to hire the same for $200 per day. Steve offers the truck without confirming the specifications of the same. This indicates that Steve made a mistakeby not checking the specifications of the truck due to which Yom suffered financial loss.Mistakeoccur when one believes of the existence of something whereas it does not, or a situation where one party ignores the truth or fact. Here, by ignoring to check the specifications of the truck Steve makes a mistake. Mistake is of three types’ common mistake, mutual mistake and unilateral mistake. A mistake makes a contract void as none of the parties agree on the same thing. Steve and Tom have committed a common mistake which implies that the contract between them has become void.

In the second case,Steve promises to lend his car to Pamela for a weekend as she looked after his garden when he is not there. By agreeing to give his car to Pamela, Steve makes a promise. However, there is no contract between them as there is no consideration. Pamela offered her help voluntarily and Steve, by agreeing to give his car showed goodwill gesture.

In the third case, where Steve offers his Toyota Corolla car to Danny being ignorant of the fact that the car got damaged, has made a mistake like the first case. They have entered into a mutual contract.

In the last case, by signing the draft contract from Cool It Aircon Ltd., Steve makes a mistake as he mixed up all the papers, thinking it to be from microchips. This kind of mistake is known as non est factum(it is not my act) defence to contractual liability.

According to Australian Contract Law (ACL), in cases where only one party is aware of the matter and the other party depends on him, there is no condition precedent. Thus, the party who guarantees existence of the matter which does not exist actually has breached the contract. (McRae v Commonwealth Disposals Commission, 1951)[1]. In this case, the court’s judgement was in favour of McRae (plaintiff) against Commonwealth Disposals Commission, who was charged for damages for deceit.

As per ACL, a promise for giving something in future, in return for something, such as favour, which has been offered in the past, is not considered as a contract as the person offering favour is not receiving anything at present and there is no consideration and the person giving promise is not legally bound to keep his promise.

When both parties involving in a contract are unknown of the non existence of the subject matter, is considered as ‘res extincta’situation. Under such cases the contract is declared void since there is nothing to be contracted upon. (Scott v Coulson (1903)). In this case the contract was declared void as per ACL based on common mistake believing existence of a matter while contracting, which actually does not.

In cases of non est factum, as per Saunders v Anglia Building Society (1971), applied in Petelin v Cullen (1975), specifies strict requirements for declaring a plea to be successful under non est factum, where person committing mistake is either illiterate, blind or suffer some other disability, will be considered[2]. Therefore, a person is bound to exercise the document he signed, though mistakenly without reading or understanding, other than the causes mentioned above (exceptions applicable).Moreover, it considers the fact that the person pleading non est factum must qualify the fact that he was not negligent or too lazy to read the document. 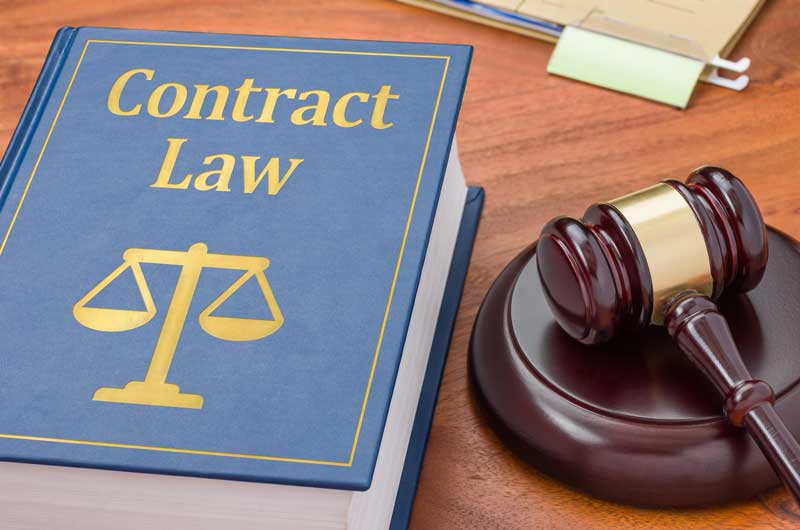 In case of Tom, Steve commits mistake while entering into a contract, ignoring to check the specifications of the truck. By doing so Steve has breached the contract as there is no condition precedent. He will be responsible for paying for the damages or loss caused to Tom because of him. Tom has right to appeal court for recovery of his damages.

In case of Pamela who offers help to Steve and requests him for his car has no right to charge Steve on the context that he has broken the contract, since the arrangement between them did not involve consideration. Steve is not legally obligated to give Pamela his car as she offered her help to Steve on her own.

Danny cannot enforce the contract in court, he had with Steve because the contract will be declared void on the grounds that none of the parties (i.e. Steve and Danny)[3], were aware of the fact that the car they were agreeing to contract upon got destroyed and has no existence at present. Hence, there is nothing to be contracted upon. Moreover, Danny cannot take any legal steps against Steve as this is a matter of res extincta.

Steve has mistakenly signed the contract offered by Cool It Airon thinking it to be some other document. ACL does not protect any negligent or careless signatory or those who commit non-fundamental mistakes about the document they are signing. Thus, Steve cannot call off the contract by making it void. He does not qualify to plead under non est factum. He is legally bound to exercise the contract.

It is evident that, Steve has entered into a contract with Tom, Danny and Trisha (Cool It Aircon) but not with Pamela. He is legally bound to meet the damages caused to Tom because of his negligence. However, in case of Danny, the contract could not be legally enforceable due to res extincta, where Steve was not aware of the fact that his car got crashed in an accident. In case of Trisha, Steve is legally obligated to exercise the contract as he is quite eligible of reading the contract and does not suffer any physical impairment[4]. The mistake committed by Steve in this case is a result of negligence and lazy-attitude due to which he did not even feel like reading a document while signing. Moreover, complicacies in relationship arising out of a past occurrence are not counted as a valid point for flagging off a contract. Thus, Steve has breached contract with Tom and Trisha. In case of Pamela, Steve cannot be held responsible for breaching contract as there was no consideration, hence invalid contract. It was just a personal favour rather than contract.