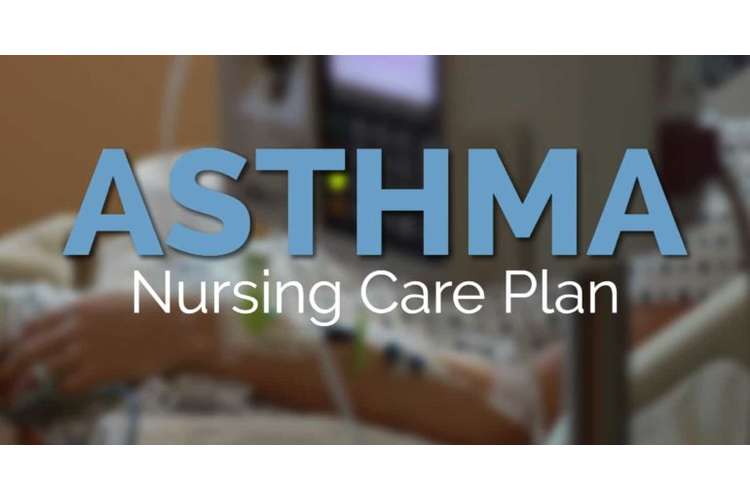 Definition: Acute severe asthma is considered as the acute exacerbation of the asthma, which could not be treated with the standard treatment of asthma, such as with the use of bronchodilators (inhalers) and corticosteroids. Acute severe asthma is also called as the status asthmaticus, which remains unresponsive to the repeated course of beta-agonist therapy (Shah, & Saltoun, 2012)

The exposure to the specific allergen influences the helper T2 and leads to B-lymphocyte elaboration of immunoglobulin E (IgE) antibodies (Restrepo et al, 2015)

1. Inflammation of the airway and the increased bronchiolar smooth-muscle tone
2. The activated mast cells results in producing the inflammatory cytokines (that also includes histamine PAF, PGD2 and leukotrienes), which are further increased in the airway as well as in the blood stream.
3. The irritated and the inflamed airway becomes susceptible to the allergens and triggers.
4. The irritable and the damaged airway causes hypersecretion of the mucous, epithelial damage occurs causing the exposed nerve endings and hypertrophy of the mucus gland and goblet cells occur.
5. Lung mechanism in the acute severe asthma includes hyperinflation under which the obstruction of the small airway results in causing the premature airway closure and further leads to air trapping and hyperinflation.
6. Hypoxemia (Peters et al, 2012; Shah & Saltoun, 2012)

The clinical sings and symptoms related to the severe acute asthma includes:

1. The tightness of the chest due to the decreased size of the airway.
2. Shortness of breadth due to the sever airway obstruction, increased expiration and reduced expiratory resistance.
3. Enlargement (hyperexpansion) of the chest Inability to speak appropriately
4. Use of the neck and abdominal muscles for breathing. (Nievas, & Anand, 2013).

There is no single reliable test for conducting the diagnosis of Asthma. Therefore, the doctors have to rely on conducting various examinations. The process of diagnosis includes:

if the patient do not appropriately respond to the therapies given in the emergency ward, if the treatment requires to give the quantity of aerosol greater than that can be given in the ward, or if the patients is significantly displaying the signs of deterioration even after treatment then they must be transferred to PICU

1. Monitoring the patient: heart rate, respiratory rate, pulse oximetry
2. Frequent assessment of the breathing sound and work of breathing
3. Respiratory therapy can be given to patient by the specialist for brining the patient to normal status.
4. Real time monitoring of the blood gases through monitoring blood pressure. (Silvio Torresa et al, 2012)

1. Managing electrolyte and fluid balance
2. Antibiotics can be given if the healthcare professional suspects bacterial pneumonia, sinusitis, otitis, or other bacterial infection that is resulting in asthma exacerbation (Thomas et al, 2009).
3. Chest Physiotherapy, although this approach is considered as quite controversial, but could be considered as necessary for atelectasis or mucous plugging (Ibsen, n.d.)

With the different therapies and treatment, the signs and symptoms of the severe acute asthma can be controlled.

1. Increased complication
2. Ineffectiveness of the medications
3. Inhalational anaesthetics can cause hypotension in the patient,
4. Oxygen- “Supplemental oxygen can elevate the pO2, but because of the shape of the oxy-hemoglobin dissociation curve, it may be difficult to reach full O2 saturation if the V/Q mismatch is severe” (Isben, n.d., p. 6)
5. Complications associated with intubations include Pneumothorax, cardiovascular compromise or collapse or worsening of bronchospasm.
6. Complications associated with mechanical ventilation.

The prognosis of the severe acute asthma or the status asthmaticus is good if the appropriate treatment is provided to the patient, unless the patient is not suffering with any severe illness such as the chronic obstructive pulmonary disease or the congestive heart failure.

The worst prognostic factor associated with the disease is the delay in initiating the treatment.

All the severe acute asthma attacks could not be prevented, but steps can be taken to make it less likely by:

1. Taking the asthma medications timely as recommended by the doctor.
2. Identifying the early signs of impending attack.

Following the aggressive use of corticosteroids

1. Avoid the triggers that could result in causing the severe attack, such as chemicals, dust, pollens etc.
2. The peak flow meter can be taken several times a day in order to know of the lungs are working well or not. If the meter shows low than immediate medical attention should be taken.
3. Visit doctor regularly to understand the condition and to know if the asthma medications are working properly or not. (Lazarus, 2010).