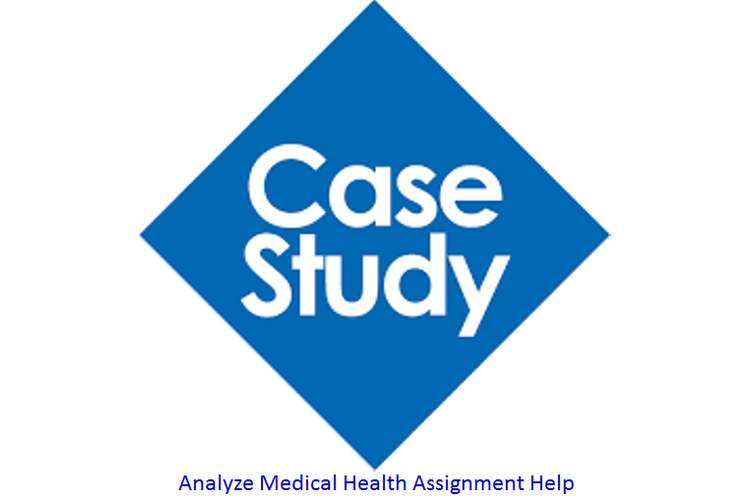 This is a solution of Analyze medical health Assignment Help in which we define case study on health care system and legal and ethical issue, road accident

Healthcare system can be considered as an exemplar case of the intersection between legal and ethical issue Dilemma. In complaint with the task requirement, case study two has been selected wherein the key emphasis shall be given to explain the ethical and legal conflicting points. In the initial segment of this essay focus shall be given to identify the major stakeholders’ including the two healthcare professionals who were involved with the case scenario. However in the subsequent segment an initiative shall be undertaken to explain the dignity and rights of the indentified stakeholder and the principles and virtue of healthcare ethics applicable in this case.  The relevant codes of ethics or codes of professional conduct shall also be included.  A brief note shall be produced proposing a legally and ethically defensible resolution to these conflicts. 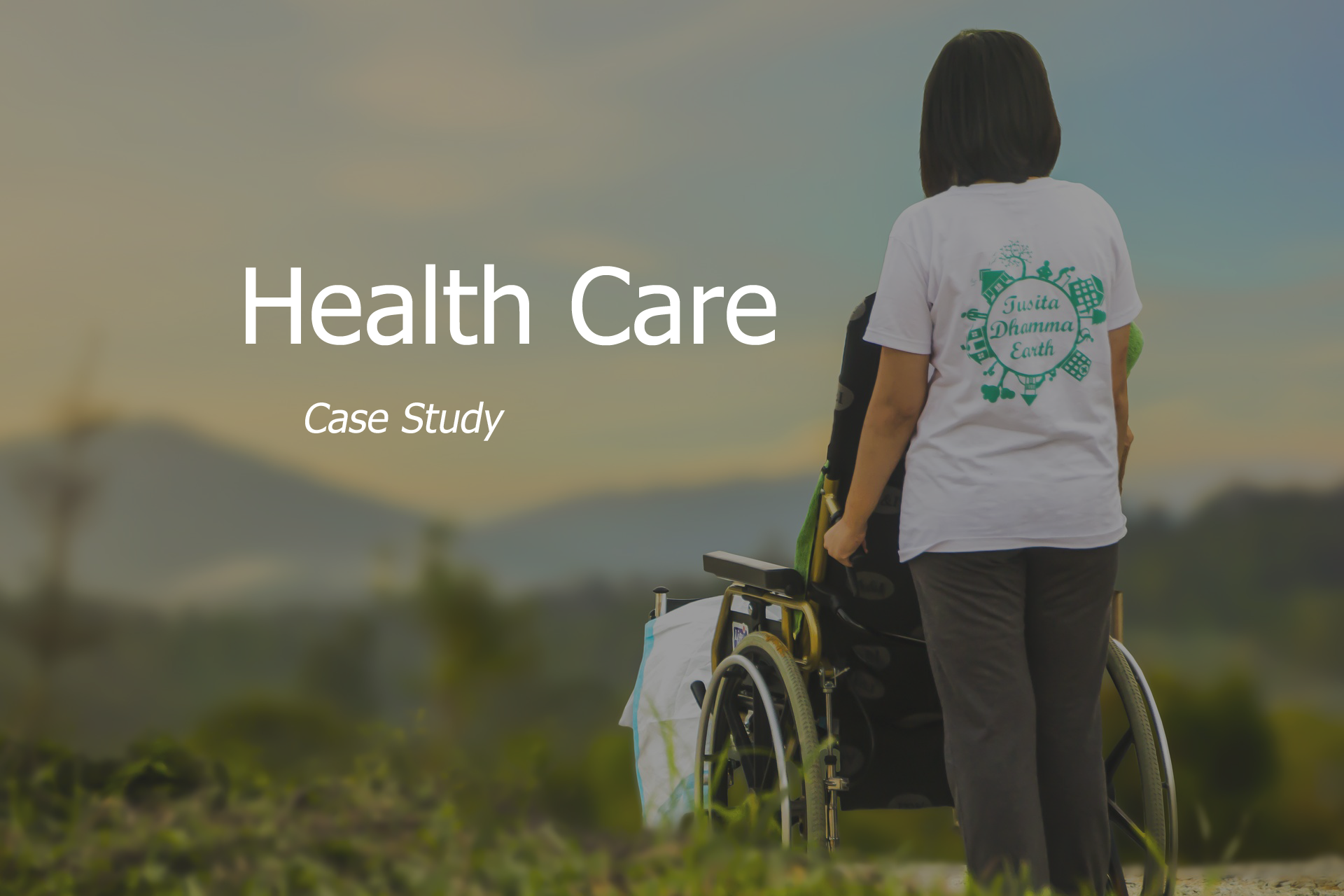 Major stakeholders with respect to the case scenario:

Referring to the case scenario that portray a road accident involving two cars and large transport truck  it is evident that almost everyone in the vehicle were dead leaving few of the victims in a severely injured condition. However the involvement of Alex Ng who has been identified as senior paramedics in a regional centre and another female individual who introduced herself as an emergency physician is essential to mention. As Alex Ng and the emergency physician who came forward to help the accident victims they can be considered as  one of the potential stakeholders with respect to the case scenario. However one of the car drivers who were trapped within the car wearing earphone along with indication that the driver was on call when the accident occurred as observed by Alex, the car driver can also be considered as one of the other shareholder with respect to this case. Important to mention that the mentioned car driver has been assumed to be responsible for the road accident and it is not definitive. The other victims of the accident can also be considered as the stakeholder to the cited case scenario.  It is very clear from the case scenario that both Alex and   the emergency physician who approached to help the accident victims were in a major state of ethical dilemma as whom to help first.

The dignity and rights of all the stakeholders in this case:

The depicted case has revealed a very complicated situation wherein ethics and legal aspects are found be a conflicting position. The sincere efforts of the senior paramedics and the emergency physician are essential to highlight who strongly reflected their professional dignity (Babad & Lubitch, 2011). Coming to the rights of the indentified shareholders it can be stated that all the accident victims have the right to be survived. However important to mention that the  fact that the emergency physician was driving in a drunken state put a question mark  on the personal dignity of the said   individual. With respect to the issue of human rights to health and healthcare, all the accident victims evident in the case own the right to acquire the highest attainable standard of physical and mental health which is inclusive to access to all medical services with reference to the case situation. Timely access to the medical services   can be considered as one of the major rights of the accident victims in this case (Kippenberg & Thomas, 2010). However according to the Act CLIV of 1997 on health under Section 125 the healthcare professional shall provide first aid to an individual in need while according to Section 126 when mandated to provide in-area care, the concerned healthcare professional should  take all the measure to ensuring to delivering the best professional competency possible.

Principles and virtues of health care ethics applicable in this case:

Justice, autonomy, nonmaleficence and beneficence are the major principles of healthcare ethics and serve as the major tools in making ethical decisions. The ethical principle of nonmaleficence depict the concept ‘to do no harm.’ application of this principle is clearly evident in the case as both the healthcare professional  emphasized to assure that the accident victims are not harmed further (Ashcroft, 2007). However lack of attention towards the disoriented truck driver resulted in death of the individual, although completely unintentional. Important to mention that Alex’s activity reflected a person with practical wisdom according to the perception of virtue ethicist. Beneficence reflects the Hippocratic ethical dictum ‘benefit only.’ Referring to the case scenario it can be stated that both Alex and the emergency physician strongly focussed on this principle as their sole intention to save the accident victims (Boyd, 2005). Important to note that in this case ethical egoism has no place and was also not evident within the   behavioural attributes of the involved healthcare professionals. Hence as beneficence is a part of common morality of the healthcare was also prominent within Alex and the emergency physician (Roskam & Stockt, 2011).

Application of autonomy was also observed within the case the accident victims were not in the state of decision making and Alex played the role of autonomous decision maker ("Principles of Medical Ethics", 2016). However no essence of    coercion was present in the depicted case scenario. Justice being another principle of healthcare ethics is perceived as procedural justice and distributive justice. Considering the case, an essence of distributive justice is observed. Alex being the sole decision maker to indicated distributive justice as accessibility to healthcare services was one of the major concern in this case (Macklin, 2003). Alex initial assessment of the   clinical condition of the   accident victims can be considered as a contributory factor to implement the ethical principle of distributive justice as his priority was to save the survived victims.

Essential to convey that discrimination based on need that is a potential aspect of distributive justice is also applicable in this case. As it was important to save the life of children and the individuals who were still alive and Alex’s decision making is considered crucial in this respect. Therefore in can be inferred that all the four principles of healthcare ethics have been reflected within the helping approach of Alex, however he became perplexed while deciding which victim to help first. His autonomous decision making approach was not proper for the truck driver who appeared disoriented and apparently without any physical injury.

Codes of ethics applicable in this case:

Therefore on the concluding ground, with reference to the case scenario it can be inferred that ethical code of conduct finds its application in the given case wherein Alex and the emergency physician were the only healthcare professionals to help the accident victims. Performing their professional duty with compassion, care along with taking the accountability for the decisions made by them to address the emergency situation strongly indicate the significance of ethical code of code for healthcare professionals.

Legally and ethically defensible resolution to the identified conflicts:

An insight into the situation provided in case study has revealed the prevalence of ethical dilemma wherein legal principles are found to collide with the ethical guidelines. The decision making step of Alex to seek help from emergency physician who herself was not in a fit situation on legal respect has been considered as a point of conflict between legal and ethical principles. However as a resolution to this issue, it can be proposed that Alex should have called the emergency healthcare service provider (Biggs, 2010). However understanding the severity of the accident Alex decision to allow the particular emergency physician for help can be considered as an ethically correct approach. Another conflicting point was Alex’s autonomous decision whom to save first. Important to mention that in this case the survivors were two children (who were apparently seemed to be unconscious), one injured adult and another traumatized truck driver. In accordance to the ethical code of conduct it is should have been a proper step for Alex to rescue the children first. Considering the case of truck driver who appeared to be disoriented, attending him with trauma care service should have been an ethically and legally proper approach for Alex (Salvador, Alves, Dantas, & Dantas, 2010). However attending the accident victims with professional competency and helping the victims with dignity care and support are the major requirement to resolve the ethically and legally conflicting points that are prominent in the case. Hence it is essential for both Alex and the involved emergency physician to implement the ethical principles of nonmaleficence, beneficence and distributive justice in order to minimise the effects of   ethically and legally conflicting points (McClelland, 2004). Needless to mention that autonomous decision making played the pivotal role in this case.

The situation depicted in the provide case 2 has presented a traumatic road accident scenario wherein majority of the   victims were dead and some were presumed to be alive. This case also revealed the situation of a traumatized and disoriented individual. However as identified in the previous segment Alex and passing by emergency physician were the major stakeholders in this case. Referring to the information provided in the previous segment it can be inferred as application of principles of healthcare ethics have been suitably made in order to analyze the case scenario in terms of ethical aspects. However legal guidelines related to healthcare that is applicable for this case has also been incorporated. Although the case has indicated that at certain point ethical behavior and legal principles appear conflicting, but due to the seriousness of the issue and as human life is the prime concern ethical principles have dominated the legal guidelines. Hence this particular case has presented a commendable situation where ethical principles collide with the legal guidelines.