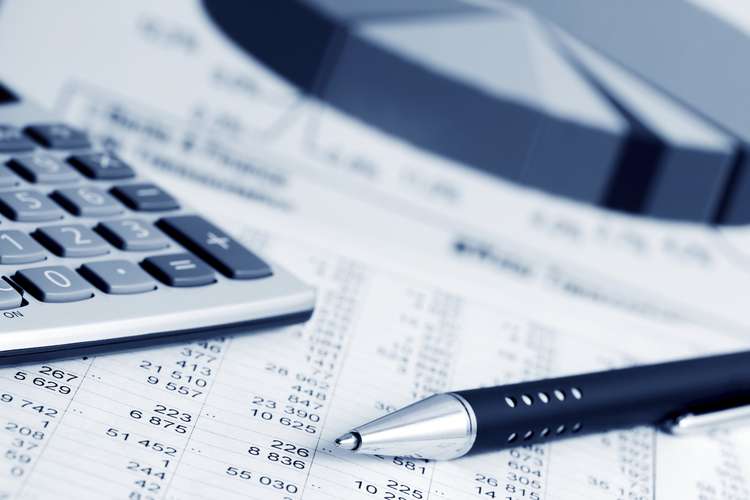 This financial discussion describes that how the intangible assets are acquired or generated and what is their relevance and importance in the development of the brand name and marketing image of a company. The report also discusses the required format to be followed for reporting goodwill for those companies that are listed on Australian stock exchange. Here also a discussion has been made on the different forms of businesses and their possible advantages and disadvantages. Lastly, the section also identifies the importance of audit report for a company.

Goodwill is a kind of intangible asset of the company that has no physical existence. Unlike the physical assets of the company like plant, building, machinery this asset cannot be touched or felt but their value count for the company. The different types of goodwill are “brand value of a company”, “brand name”, “concrete customer base”, “high-quality customer relations”, “good employee relations”, “patents and proprietary technology” represent goodwill (Chapple 2016).

Goodwill typically arises when one company acquire another company. Components that build goodwill have subjective values for a company. However, there is a substantial risk that a company could overvalue goodwill in an acquisition (Chapple 2016).

Goodwill can be even negative. Negative goodwill is said to occur when the price paid for an acquisition is less than the fair value of the net tangible assets that have been acquired (Chapple 2016).

Goodwill reporting as per ASX requirements:

AASB 1013 "ACCOUNTING standard has to be followed FOR reporting GOODWILL in a report or while recognizing it into the financial statements. The requirement of this Standard that is consistent with any provision of part 3.6 of Corporations Law or the Corporation Regulations should be applied (Davy and Bruce 2008).

Objective of this reporting requirement 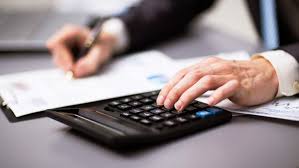 Internally generated goodwill of a business entity must not be recognized. This accounting standard requires that internally generated goodwill will not be recognized as an asset of the business entity as it is difficult or almost impossible to identify the events or financial dealings that contribute to the overall goodwill of the entity (Davy and Bruce 2008). Even if it becomes possible to identify the events or financial dealings it is still difficult to identify the extent to which these events generate future benefits. Moreover, the values of such benefits are not possible to be measured reliably. Therefore internally generated goodwill will either remain completely unrecognized or it should be recognized as expenses in the financial statements.

The goodwill that is being purchased by the business entity must be recognized as a non-current asset when it is acquired. Here goodwill should be considered as unidentifiable assets examples of which are “market penetration”, “effective Advertising”, “good labor relations”, “superior operating team” and some others.

1.It is possible to derive the embodied future benefit in goodwill at a future event

2.The goodwill possess a cost or value that can be measured reliably

In order to identify the purchased goodwill as an expense in the profit and loss statement on a straight-line basis, it must be amortized. The amortization should be done from the date of acquisition to the end of the period of time during which the benefits are expected to arise

Reporting requirements for impairment of goodwill:

After initial recognition, an intangible asset should be valued at the revalued amount that should be considered as fair value on the date of revaluation net of any subsequently accumulated amortization and any subsequent accumulated impairment losses as per AASB138. The fair value of the goodwill shall be determined by reference to an active market. If a re-valuable intangible asset cannot be revalued due to the absence of active market then the intangible asset can be valued at its cost net of any accumulated amortization and impairment losses (Dobie 2016).

Analysis of the relevant sections of Woolworths 2016 Annual Report

Types of Businesses and there advantages and disadvantages:

There are different types of businesses in the business world. Let us focus on five major categories.

This is the simplest type of a business entity that is owned and managed by an individual. This kind of business is not a legal entity and do not have any separate existence without the owner who is also the proprietor of the company (Hoggett, Edwards and Medlin 2003).

A sole proprietor is allowed own the business for any length of time and the owner can sell the business when he is comfortable to do so. The owner is free to transfer the business to his or her legal heirs without doing any kind of consultation with anybody. In this type of business, the owner does not have to pay any specific business tax and he I only liable to pay personal income tax where the income has been earned from business.

The sole proprietor is responsible for all debts and liabilities of the company even if they have been incurred by the employees (Hoggett, Edwards and Medlin 2003).

This type of business is carried out by two or more persons who has grouped together to carry on a trade or business. Here each of the partners is the owner the business and each of them contributes some kind of resource to the business (Horngren 2013).

Here it is very is easy to collect the initial capital for a start-up business that has multiple owners and the firm also poses a greater borrowing capacity. The company also gives the opportunity to transform the efficient employees into partners (Horngren 2013).

The partners have to face an unlimited liability for business debts. Besides, there is a risk of quarrel and friction among partners and management which can badly harm the progress of the business.

This type of business is a legal entity that is formed by an association of persons. The business can be a natural, legal, or a mixture of both and carry a commercial or industrial enterprise (Ji 2013).

The owners or stockholders of the company enjoy limited involvement in the company's operations. They are only allowed to get the share of the total profit that is earned by the company

In this type of business, the owner’s liability does not exceed the total amount investment that has been made in the company by all the shareholders. Limited liability companies are often found to be a hybrid of the partnership business and corporation business (Leo and Day 2002).

LLCs are very flexible as it allows creating rules to govern the business as required; otherwise, the company may be governed by the default rules of the state. With fewer paper works and less stringent requirements, it is easy to form and run the LLCs

Unlike corporations where each employee have their own specific roles (like directors, managers, and employees), there is no specific role allotted to employees of an LLC. This creates confusion among the company as well as among the investors to identify the authorized person of the company who is allowed to handle all the necessary operations of a company (Leo and Day 2002).

LLC also suffers from the disadvantage of limited life. In this of business, the identity of the business is greatly affected by the entry and exit of the shareholders of the company

This business is the simplest form of business agreement or license that is entered by two parties, namely the franchisor and the franchisee (Schipper 2003).

A franchise allows the owners to use the successful business model and brand name of another company for the establishment of a new business. This type of business benefits from working for their own while utilizing the brand-name and reputation of an established business association.

An independent auditor's report is considered an indispensable tool while generating financial report for the external users. In order to gather financial information regarding a business the third-party users like potential investors, stakeholders prefer to rely on that financial information of a company that is certified by an independent external auditor, before taking any new important investment decision in a company (West 2015). Some of the investors even consider that financial information that is not certified by an auditor's report is actually of no use for making important investment decisions.

When an auditor mentions that the financial statements under consideration demonstrate a true and fair view following the financial reporting framework that has been used for the preparation and presentation of the Financial Statements, then it can be said that auditor has delivered an unqualified opinion. Or in other words, the auditor is certifying that there is no significant reservation with respect to the contents of the audited financial statements (West 2015).

The audit report of the company considers the consolidated balance sheet, profit and loss statement and the cash flow statement for a period of 5 years (2012-2016) in order to generate an audit summary for 5 years period. It is the duty of the auditor to expression opinion on the financial health of the company on the basis of the audit. The audit has been conducted following the guideline that has been laid down by Australian Auditing Standard.

Brief highlights of the audit reports:

On 27 September 2012, the company took a decision of exit from the Consumer Electronics market segment which signifies an end of the wholesale operations in Indian consumer electronics market and also an end of Dick Smith Electronics business in Australia and New Zealand. In order to fulfill the statutory requirements, it was being reported that Dick Smith Electronics operations were being discontinued. All other financial statements of 2012 except balance sheet have been adjusted to include the wholesale operation in India as a discontinued operation in order to initiate the necessary comparison (Christopher, Sarens and Leung 2009).

In December-2016 the company “Woolworths” decided to recognize the Endeavour Drinks Group (Ezibuy) and BIGW as separate reporting segments. Because of this decision, all the ratios (P/E, ROE, Sale/Inventory) and parameters (Growth rate of sales, Growth rate of PBT, Growth rate of EPS) indicate a drastic decline in the performance of the company. Because of this decision, EziBuy and BIGW have been reported within “Unallocated” in December 2016 and the impact of this activity has been reflected in the financial figures of 2016, 2015, 2014 (West 2015).

Unallocated includes those groups of operating segments that are not going to be reported separately and   EziBuy has been included in this group for 2016, 2015 and 2014. Besides various other support functions including Property and Head Office costs will also be included under the Unallocated group from December-2016 (West 2015).

After going through this discussion it can be said that goodwill counts a lot so far as the brand establishment is concerned. Effort should be given to identifying the internally generated goodwill, purchased goodwill and impairment of goodwill. An investor can choose any of the types of businesses after considering the relative advantages and disadvantages for setting up a new business. An independent audit report is essential to attract investors towards a company.