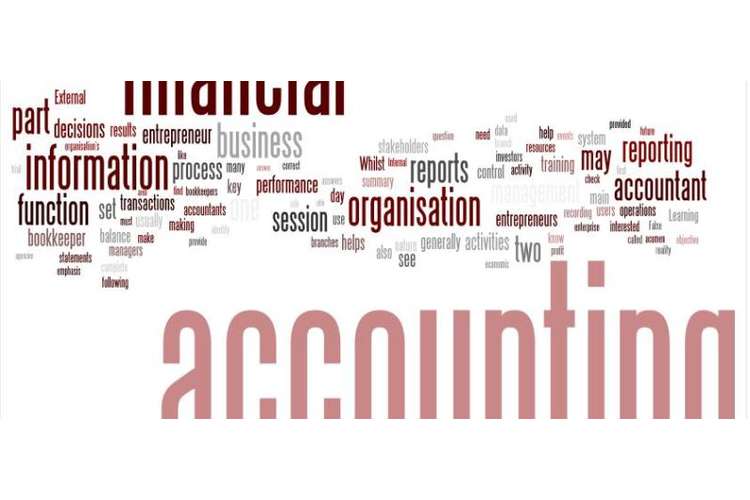 Goodwill in accounting terminology is considered as an intangible asset which arises, when the buyer buys an existing business etc. Goodwill usually represent the assets which are not discretely identifiable, according to IFRS, Goodwill can never be amortized. The basic accounting requirements with respect to corporate acquisitions in Australia are stated in AASB 3. This accounting standard requires goodwill to be measured as the material difference between the purchase price and the fair value of the net asset which is acquired by the buyer. When the purchase consideration is not pad by cash them the measurement must be carried out based on the fair value of other assets or the value of equity which is give as consideration for the purchase of the asset. After the adoption of IFRS in 2005, AASB 136 has stated to the business enterprises that goodwill cannot be amoritized however it can be subject to l impairment testing every year.

Overvaluation with respect to the consideration paid by the bidder 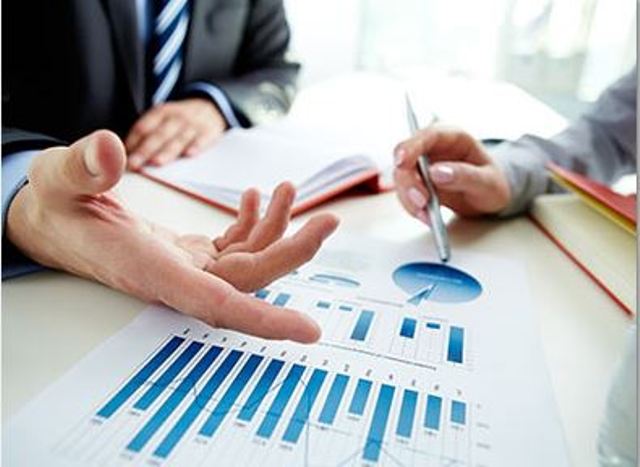 Purchased goodwill: According to Para 7 of IFRS 10, the purchase of goodwill needs to be recognized in the balance sheet.

Intangible assets:When the company purchases any intangible assets which is separately from a existing business, will require an asset which needs to be capitalized at cost, this is according to para 9 of IFRS 10. On the other hand, if the business enterprise purchases goodwill as a part of the business which is acquired, then the intangibles should be capitalized separately.

It should be regarded that Goodwill and intangible assets are usually regarded as the asset which possess very less economic lives and are required to be amortised. The accounting standards has suggested that there need to be a rebuttable presumption based on the economic lives of the goodwill which has to be limited to a period of 20 years or lower. However the paragraph 19 of the IFRS states that the goodwill can be rebutted for more than 20 years in case the overall life time of the asset exceeds 20 years or more, also when the goodwill can be measured continuously so that the reviews towards the impairment can be feasible, also the durability of the business  can be measured. (Darrough, 2014)

Moreover, the IFRS has stated some important determinants with respect to durability they are based on the characteristics of company; the overall stability of the business, the lifespan of the product to which the goodwill was attached by the buyers, the expected competition in the business.

At the end of the full financial years which is following is the acquisition, this is regarded as the “1st year review as per the guidelines

The impairment can also be performed in other periods in case if the events or changes indicates that the overall values may not be recoverable.

In relation to the first bullet point, paragraph 40 says that the first year impairment review can be performed in two stages:

The first step is to identify any possible case of impairment by comparing based on the post acquisition performance at the end of the 1st year. (Li 2011)

The next is to making a complete analysis of full impairment review mainly in accordance with the standards.

From the annual statement of Woolworths it is noted that the overall  value of intangibles has decreased mainly related to the impairment of goodwill, its because of the purchase of Ezibuy business and home improvement business. The overall impairment for 2016 was at $350 million. It is further noted that the impairment of plant, buildings, goodwill from the continuing operations were ar $521 million. The main impairment with respect to goodwill is mainly due to the strategic decisions taken by the company to split BigW and Ezibuy business and this has lead to deteoriation of overall performance of the business.

It is important to understand the different types of businesses, such as sole proprietorships, partnerships and corporations. The organizational structure affects business issues, legal issues, financial problems and personal issues.

Sole Proprietorship run a business, a self-employed or workers. This is the simplest and most numerous of the US business organization, but it is dangerous as the sole holder of the complete and unlimited responsibility. An example of the independent contractor. (Chambers, 2010)

Advantages of Sole Proprietorship
The easiest and cheapest form of companies to create and solve.

The owner makes all decisions and regulates the functions.
All profits that flow directly to the owner.
It is subject to less regulation.
This is a tax benefit: all income is reported as the owner owner's declaration, so there is no corporate tax.

Disadvantages of individual entrepreneurs
The owner is responsible for all obligations of the company.
It is difficult to raise capital: only personal savings and consumer credit to the owner.

The partnerships is the one where two or more people to own and manage the company. The partners share unlimited business and manage the business together. There are three types of partnerships: partnerships (division partners tasks and responsibilities, and the profit or loss under the contract), Limited Partnership (at least a complementary, at least one partner, who is the limited liability, since the investment) and cooperation with limited liability (all Limited Liability partnership business debts, he is not a partner). (Chambers, 2010)

It is relatively easy to form, but it takes a long time to develop the partnership agreement.
It is easier to raise capital in relation to a single company, with more than one investor.
All tax returns of individuals known, so there is no corporate tax.
Motivate staff and innovative activities will attract a partner

Co-partner in charge of all the obligations of the company.
The partners should decide together, so there may be a conflict or conflict. This is ultimately the dissolution of the partnership.

The company is a limited liability company of several shareholders ownership in the business and oversees the Board's shareholders. They have separate owners and credit, contract stipulates that the tax paid and reconciled. Shareholders will receive the dividend or earnings per share valuation, but are not liable for the debts of the company.

May give rise to additional capital by selling shares.
Shareholders can easily transfer their shares from the sale of real estate.
responsibility for the individual owner is limited to the value of the company's shares.

This limits the regulation, which is more expensive bodies comply with governmental and other organizations.

An independent audit is stated as the thorough examination of all financial data, information, business transactions, adhering to accounting standards and internal controls which is performed by an qualified “independent” auditor, who usually not form part of the business. It should be noted that reliable financial information is considered as the main aspect of the business. Individuals and institutions like banks and others who are willing to provide capital, investors who require to buy more shares or sell securities, governments which needs to decide whether to grant  access for such companies or in case of suppliers who has to take decisions whether to continue to trade with the company, usually rely on others to provide concrete data and information. Therefore, high quality information related to accounting will assist all the stakeholders to apportion their resources in a diligent manner so that they can enhance better returns for the future. (Lennox, 2015)

It is widely stated that the financial resources tend to flow from the industries to other in the form of financial statement. This report assists all the stakeholders to make the best use of the resources by allocating them in a suitable manner so that their returns are maximised. With the help of this aspect, inadequate reporting may lead to concealment of misuse  and operational inefficiency of the business, therefore the company will move away from allocating the resources in an efficient manner and this may lead to loss of monetary and non-monetary terms. It is widely stated that the confidence of the investor is the significant aspect to measure the success of the financial markets, while making decisions on the allocation of capital, the investors usually tend to understand the main financial data and information which is signed by the independent auditors, this is because the independent auditors are the qualified person who will analyse whether the book of accounts prepared by the directors comply within the purview of the accounting standards as set by the regulators and others.

It should be noted that the independent external auditor aim to provide the overall credibility to the financial statements and also empower other stakeholders to make better business decisions which will help them in their own respect. It should be noted that the audited financial statements are now considered as the correct means through which the corporations states the financial results and positions. The term audit aims in ensuring that the financial statement , financial position of the company, the overall statement with regard to flow of cash etc which are prepared by accountants are in accordance with the standards as set by the regulators.  Therefore auditing can be stated as the obtaining and evaluation of all material evidences with respect to the economic actions undertaken by the company in a given financial year. Therefore, auditing is always referred to as the investigation, testimony and exposure of all economic actions undertaken by the business enterprises. It should be noted that the externally audited financial statements is considered as the most reliable factor in measuring and analyzing the comapnys performance and this will also support in the overall assessment of the current financial position of the business enterprises. (Mock, 2013). Apart from assisting the external people in taking decision on their move towards the business, the audited financial statements also  assist the business in managing the future strategy of the company.

It is noted that the auditors possess a strange relationship with the management of the organization, as they are responsible to all the stakeholders of the business. The auditors are usually expected to protect the financial interest of the external stakeholders rather than the management who has appointed them. It should be noted that the overall physical proximity of auditrs to the senior mangers is that the substantial knowledge possessed by them assist in enhancing a stable relationship between the auditors and the managers. (Lennox, 2015)

From the financial statement of the company it is noted that the company has undertook new operating model by which the business like Endeavour Drinks will be identified as a separate segment and will be reported in a separate manner, but previously these business were included in the Australian Food, Petrol business

Similarly it is noted that BIGW will also be recognized as a separate segment for the business, previously this was grouped as general  Merchandise, these changes will be implemented in 2016. Also noted is that the EziBuy business which was separated need to be reported accordingly and will not be allocated in the group business.

Also in January 2016, the management has decided that the company will plan for planned exit of the home improvement business, however, for reporting purposes, it will be reported as a discontinued business from 2015. But for comparative purpose the balance sheet for 2015 will tend to adjust the business as a discontinued operations.  Also noted is that the various unallocated of group operating segments which were not separately stated will include the Ezibuy  business.

The external auditors for Woolworths is DELOITTE TOUCHE TOHMATSU, who has verified all the necessary documents and checked with the compliance standards and certified that the financial statements is accordance. The auditors has taken up the responsibility that the audit was conducted according to the Australian Auditing Standards and they also stated that the independent audit is in accordance with Corporations Act 2001.