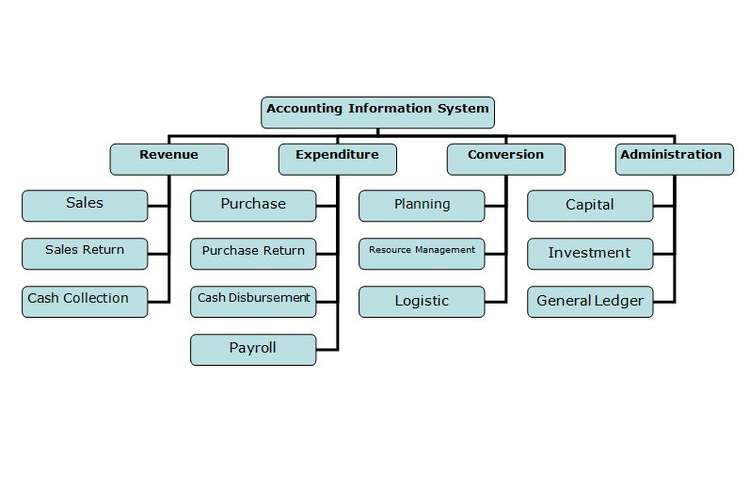 The Queensland Health implementation has lost the huge amount of money over a failure of its project to develop an effective and efficient information system to manage its employee schedule and payment. It has outsourced the project to IBM a global major information technology company. But issues with implementation of the project have never been addressed with adequate alacrity by the vendor. The objective of the project in question was to shift scheduling and payroll management from the previous technology platform to a new platform. At the time of failure of the project, according to norms, information technology governance in Australian Standards used to follow the framework of Control Objectives for Information and Related Technologies, popularly known as COBIT. This report is about to explain different frameworks of governance of information technology projects and would try to find what went wrong with the technology transfer project of the Queensland Health. Moreover, this report would make pertinent recommendations

In the late nineties, to make information technology projects success several framework of management has been proposed. This has been part of an ongoing evolution. Among the first arrived frameworks one has been Control Objectives for Information and Related Technologies which is abbreviated as COBIT. Information System Audit and Control Association or ISACA, which is an international consortium focused on information technology governance has developed COBIT and released it in 1996. The other frameworks have been COSO or Committee of Sponsoring Organizations of the Treadway Commission. These frameworks have been graduated with PMP, ITIL and AGILE and more. COBIT has primarily been constituted of several processes for linking business goals to IT objectives. Besides, the framework suggests the metrics and maturity model for achieving the metrics. It also suggests how the achievements could be measured. All other available frameworks too suggest the same but activities in them, has been modified in a way to achieve enhanced definition of scope of all the projects (Too and Weaver, 2014). Also, the later frameworks suggest better management of changes in projects. Since information technology projects are mostly prone to intermittent changes, this projects need a governance framework that helps to incorporate all changes during the lifecycle of project.

In COBIT, any information technology process works in four domains, viz., Plan and Organize, Acquire and Implement, Deliver and Support, Monitor and Evaluate. Besides it has defined thirty four processes under responsibility areas of Plan, Build, Run and Monitor. This is a high level practice and has been aligned with all its contemporary practices (De Haes and Van Grembergen, 2015). Yet following this framework has been proven to be disastrous on several occasions. Its parent organization, has been released several versions of the framework top make it more effective and efficient till 2012. Being high level framework it has become inadequate to incorporate al the scopes of the projects.  This is a severe lacunae which are absent in several of to the frameworks of information technology governance. However, efficacy of other frameworks in use has eventually made COBIT redundant (Pereira and Ferreira, 2015).

In the project of shifting its employee scheduling and accounting system respectively from ESP (Environment for Scheduling Personnel) and LATTICE respectively to SAP HR and SAP Finance, the Queensland Health has hired IBM. Such technology shifting has been taken up under the mandate of State Government of Queensland. However, misinterpretation of project scope has been has lead to disruption of employee scheduling system, and payroll management. While some employees of the Queensland Health were underpaid, some received no payment at all. Also, the project budget has seen a hike of three hundred percent. The reason is that requirement of the project has not defined within the scope of the project accurately and the vendor, IBM, substantiating their contracts with scope creep which is the incident of project requirements being understated in the initial contract, could manage to increase the budget of the project incurring a threefold cost to Queensland Government with respect to its initial budget. The scope creep has been attributed to lack of communication.

Since COBIT says very little about communications and the defining scope is not well formulated in the framework, the Queensland Health information system project could have been followed this framework.

The frameworks are important in information technology governance.  Information technology governance is a very complex process.  From the initiation of the process to finishing and closing needs several actions to be followed. Such actions includes from identifications of stakeholders to delivery of the product or services. Identification of stakeholder and followed by detailed plan of communication helps build an effective communication network. The importance of such communication network is to connect all the stakeholders so that they can communicate towards achieving common project goals, which is delivering products or services. Moreover the frameworks define all activities that involve acquiring g a clear project scope. Until a clear project scope is defined, the product features or service functionalities remains unclear. The communication among the all stakeholders is thus very important in order to define product features or functionalities of services. Besides the frameworks gives clear definition of quality metrics, which is the quality the deliverables aspire to achieve. Deliverables are the products or the services that a project delivers (Eden and Sedera, 2014). Also, the framework defines several processes and activities to monitor the process of production of the product and services. Commonly such monitoring is called testing. The Quality metrics guides over the size of test population to make quality testing most intense and cover the whole volume of the product or service extensively (Nancarrow et al., 2013).

Early frameworks like COBIT or COSO were too high level to define scopes minutely. They were insufficient for defining a proper communication channel among the stakeholders. Also, their quality metrics were just broad outlines about achievable quality. There is no scope for defining a sample size to conduct a statistical sampling for testing qualities in these frameworks, though extensive quality testing needs a definition of sample size and methods or tool and techniques to analyze those samples within the statistical boundary of errors or faults. These frameworks are thus inadequate for managing complexities of information technology project management (De Haes et al., 2016).

With Project Management Body of Knowledge, the problems of ill-defined scopes and lack of proper communication has been eradicated from the information technology project governance. Later on, with development of AGILE technology the problem of iteration of processes for fixing issues with products and services has been eradicate to a great extent (Abrahamsson et al., 2017).

The projects of taking employee scheduling and employee payroll management from obsolete technologies to current technologies the state government of Queensland has incorporated CorpTech, a technology company within its treasury department. Corptech awarded the project for the Queensland Health to IBM. Later on, when the project failed, the budget was overrun as well as several of the employees ended up being under paid or not being paid at all.

The framework that has been followed to govern the project haw very week definition of quality processes. Detailed quality process that defines metrics and lays out plan for monitoring the quality with proper sample size. The ten percent quality check has failed to bring in light issues with several of eighty five thousand employees of the Queensland Health. The testing sample size definition could have been greater and more randomized. Yet quality failure could be rectified by IBM as a result of inadequate scope definition.

Thus, a scope creep has occurred which has delayed the project completion and increased the cost of the project threefold. From this event it has been revealed that the project in discussion was not a following a realistic cost plan. The project governance at the end of CorpTech was very lackadaisical. They neither have collected the requirements minutely, nor have they included the Queensland Health in the communication chain but owned the project and awarded it to IBM. All these almost unplanned or weekly planned governance actions has lead to project failure.

From the course of events of the failed project of information system in the Queensland Health, it can be inferred that the project was lacking a pragmatic framework of project governance. It should have followed some more efficient framework like AGILE or Project Management Body of Knowledge (Kiely et al., 2017). These frameworks allow several iterations through a strong plan of project integration which leads to a well defined Change Management Plan. If any of these frameworks was followed then there was a strong probability of identifying stakeholders rationally. Besides, these plans demands for a clear definition of deliverables. Defining deliverables clearly is based on very clear definition of scope which prevents scope creep. If scope creep is avoided, then the probability of budget overflow decreases and becomes nil. Besides, these models define the quality metrics and parameters clearly. Also, these models suggest tools and techniques and methods of monitoring and controlling projects and its deliverables. Last but not the least, these frameworks suggest how to create communication channels. Identifying stakeholders completely helps in defining the communication channels so that no scope or issues remain unnoticed or unreported. Thus, changes suggested by the communication channels and verification reports invoke changes which are dealt effectively by change management systems. Therefore, even in 2007 CorpTech could have adopted to any of these detailed framework.

The Queensland Health implementation has failed. By a thorough investigation of the events since inception of the project it has been found that the framework of governance of the project very inefficient one. The framework did not identify the stakeholders adequately. It did not identify the communication channels. It did not define the scopes properly. Besides, the framework has no mechanism of managing changes. In order to overcome these issues, this report has suggested that the project could have been governed by some more efficient framework like AGILE or Project Management Body of Knowledge.

3. De Haes, S., Huygh, T., Joshi, A. and Van Grembergen, W., 2016. Benchmarking and assessing the value of governance of enterprise IT: an international study through the lens of COBIT 5. In Proceedings of the 14th European Academic Conference on Internal Audit and Corporate Governance, 6-8 April 2016, Rotterdam, Netherlands (pp. 1-22).

4. Eden, R. and Sedera, D., 2014. The largest admitted IT project failure in the Southern Hemisphere: a teaching case. In Proceedings of the 35th International Conference on Information Systems: Building a Better World Through Information Systems. AISeL.