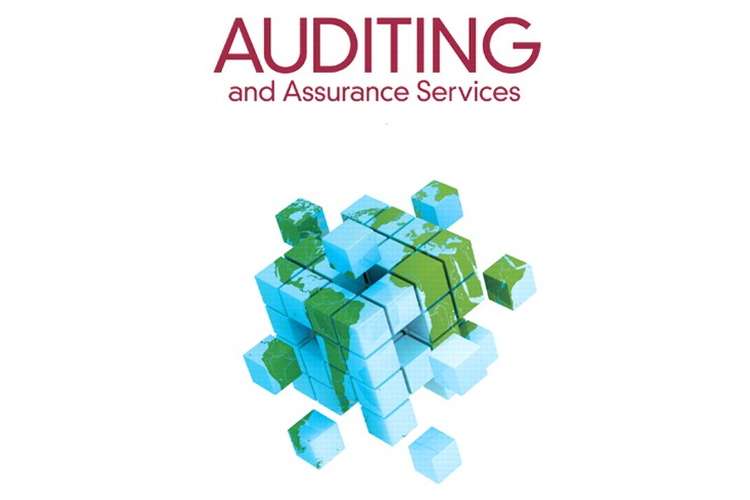 Auditors are persons who are responsible for presenting true and fair view of financial position of company. Auditors are responsible for disclosing all the relevant facts related to company to ensure that accounts of companies are prepared in confirmation with generally accepted accounting principles. If an auditor complies with all his duties fairly then no company can be able to conduct any fraud. They are the auditors of company who are involved in such kind of fraud which results to global financial crisis as in the case of Lehman Brothers. This involvement of auditor results to non-disclosure of the relevant facts and thus companies are able to conduct fraud which results to global financial crisis. This proves that they are auditor only who are responsible for such kind of scandals so if auditors performs their duties properly then economy of such country does not have to face such financial crisis.

Role of auditors and their liability in Lehman Brothers case

Lehman Brothers case gave rise to global financial crisis. This results to failure of business ethics. This case is a proof for effect of a single institution on global economies. Lehman Brothers case just not affected economy of US but also economy of other countries. According to Burkhanov (2011), with the bankruptcy of the fourth largest investment bank there occurs a chain of economies disaster from this point. This event causes series of disaster which affected the US as well as world economy to the large extent. Lehman brothers issued commercial papers that were invalid that leads to havoc among the investors and banks. Due to which commercial paper market seized to the greatest limit that ultimately leads to reluctance by bank towards the short term lending to the investors. Recession has occurred in the US market in early 2008 but with the Lehman brothers case the market of US faces a huge blow. Apart from that world trade also get affected that causes a tremendous problems in the world economy. Like in japan the export rate drops with 57% rate from the previous year. Similarly, Germany and China rate also drops drastically with the case occurrence in the economy. US, Germany and China were affected the most as these countries has built there economy on the credit basis as with the breakdown of the major bank it was affected the most. Apart from that leverage, credit and housing is also affected by the crises as economy is built on this parameters only. Along with that HBOS’s one of the biggest lender of mortgage in Britain was also affected drastically. As its shares down by 34% after the downfall of Lehman brothers (Burkhanov, 2011). London stock exchange was affected the most that causes huge blow to the largest and leading company of the Britain. As FTSE falls below 4000 points that leads to loss in billions to the most prestigious companies of the world. This disaster symbolizes one of the largest financial crises that leads to wealth destruction. Apart from that aggressive investors turned into conservative investors (Gyamf, 2016).

Duties of an auditor

An auditor must fulfill all his duties properly otherwise he must also be held responsible for any fraud conducted by company.

Potential liability of auditor in such global financial crisis

Any auditor who is involved in fraud conducted by company then such auditor will also be held responsible if it is proved that auditor was aware about misconduct and fraud conducted by company. Even after aware of facts auditor fails to disclose those facts as he was also involved with company. In this case preceding against auditor will also be conducted along with the respective company. For example in case of Lehman Brothers, their auditors EY were aware about all the facts of Lehman Brothers but they didn’t disclose them to its stakeholders (Ball, 2016). When bankruptcy was filed it was proved that auditor knew about all this before. In that case auditors were held responsible and preceding against EY was conducted for their participation in the fraud by Lehman Brothers.

Auditors are liable for all types of offences which are occurred due to mistake of them whether it is civil offence or criminal offence. Civil offence is when there is a dispute between individuals and organization. Criminal offence is when individuals or organizations breach any law or provision which is imposed by government. There are various laws that are applicable to companies for different countries and these laws includes governing of an auditor in companies and provisions relating to financial accounts of company. In that case all the companies have to follows those provisions contained in the act (Ball, 2016). If any auditor fails to do so then he can be prosecuted in court. Civil offences includes liability of auditor to clients and third parties. If an auditor conducts any such breach of his liability then he can be penalized for his such conduct. In such situations where an auditor is caught as involved in a fraud then he must be held responsible for any civil or criminal offence conducted by him.

Potential liability that an auditor has to face for involvement in any fraud includes breach of contract or tort. Breach of contract is when auditor has not followed the applicable accounting standards or he has conduct any breach of terms and conditions that are mentioned in audit contract.  In these this possibility also occurs that auditor might also be directly liable when intentionally he has concealed any facts which were mandatory to disclose (Greg, et. al., 2013).

Auditors are responsible to disclose all the material facts that are related to financial position of company so that stakeholders of company get aware about true and financial position. Auditors must perform all his tasks properly. In order to avoid any kind of potential liability he must follow the below activities.

Abovementioned must be actual work of an auditor which he must do while conducting an audit. This will help him to conduct audit without any risk and any liability.

Global financial crisis resulted to various strict laws for auditors that now it is obligatory for auditors to fulfill their duties properly in order to avoid any litigation and prosecution. Global financial crisis had a great impact on global economy and so it was concluded that it would not have been possible if auditors of Lehman Brothers who were auditors of EY would have disclosed the relevant facts to stakeholders of Lehman Brothers. In that case auditors were involved in fraud of Lehman Brothers (Greg, et. al., 2013). After this various provisions were made to improve the quality of working of auditors so that they should fulfill their duty properly. They should not involve themselves in any such fraud work. If any auditor fails to perform his duties which results to any such scandal or after global financial crisis any such activity of an auditor may lead to litigation, proceedings and penalties against auditors.

This ACC707 Auditing Assurance and Services Assignment has concluded the major role of auditor in any company and also their true and fair work contributes to the growth of economy. This also helps in saving the economy from any global financial crisis like in the case of Lehman Brothers.  In that case if auditors have fulfill their duty properly and EY would have done accounting of Lehman Brother properly then this situation would not have occurred. This report has also concluded the importance of provisions of accounting and policies. Auditor must ensure the fulfillment of accounting policies in financial statements and so he should fulfill all his other duties related to accounting in a company. This will result in betterment of stakeholders of company that they will get to know about true and fair view of financial position of the company. This will also help in saving auditors from any kind of liability including litigation, prosecution and penal provisions.

Auditors must understand their duties and responsibilities properly that they must provide quality of work. They should not get themselves involve in any kind of fraud which is conducted by company. If auditor identifies any kind of fraud that is conducted by company, he should report that fraud to the relevant stakeholders. Through this he is able to fulfill his duties properly. For conducting proper audit there must be proper coordination and communication among the external auditors and internal auditors of company. External auditor must conduct audit on the basis of all the necessary documents provided by company. He must also enquire about documents that are relevant but are not provided by company. He must ensure his quality of work. He should complete his audit ethically. He should also follow good professionalism. An auditor must be responsible for doing all the activities that are related to financial statements of company. In this case he must ensure the relevancy of financial statements. He must ensure that financial statements of company are prepared with keeping in view the generally accepted accounting principles that are applicable to companies.