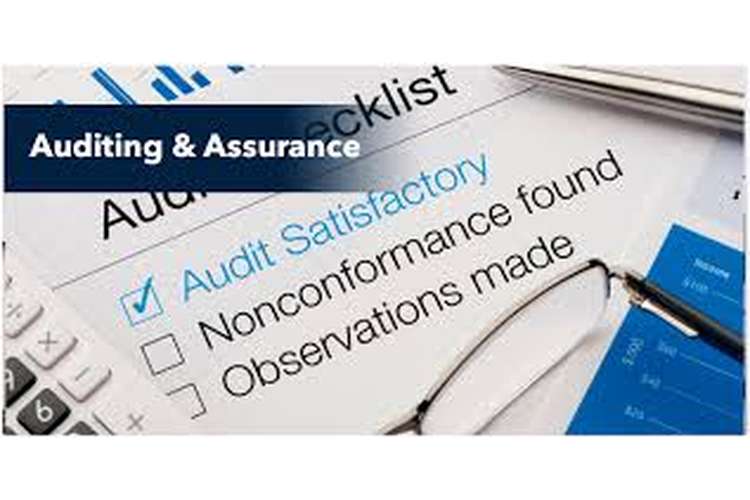 Auditors play a significant role in an organization. The primary duty of an auditor is to authenticate the financial statements of an organization. They are primarily responsible for any wrong action conducted by the organization (Michas &N, 2011). Therefore, auditors need to carefully examine the financial transactions/ financial statements of an organization. Being a partner in a chartered accountant firm, it is important to understand about the potential liability of the auditors. Through, this reports an analysis of the global financial crisis and the potential liability of the auditors will take place. A thorough study of Lehman Brothers case and the potential liability of their auditors i.e. “Ernst & Young” will be done. This case is about the collapse of investment bank of Lehman brothers and the failure of its auditors in recognizing the same within the time limits. This case was majorly responsible for the global financial crisis in the country. This report will also provide the recommendations for the chartered accounting firm.

Auditing refers to the investigation of the financial reporting of the organization. This mechanism provides an insight into the corporate governance & control processes in the organization’s accounting framework (Feldmann et. al., 2010).  There are mainly two types of auditing internal as well as external auditing.

Internal auditing- this auditing refers to an insight into the control procedures, risk management, corporate governance procedures of an organization. This type of auditing alerts the organization well within time and provides measures for overcoming any misleading financial transactions. 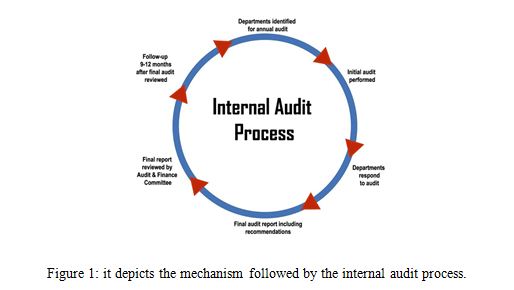 External auditing- this type of auditing is mainly considered by an independent authority for reconciling the financial statements as presented by the organization.

The organization was started by Henry Lehman in 1844. He opened a small grocery shop and sold cotton, which was the highest revenue generating product, at that time. Later, in the year 1858, it shifted office from south to New York City and got listed on the new York stock exchange in the year 1887. The main operating activities were commodities trading and brokerage operations.

Brief description about the failure

Reason for global financial crisis through the Lehman Brothers

Lehman was a major market maker. But, it had made various bad investments and failed in its investments.  The failure of Lehman adversely affected its equity shareholders, loss of money to its debt holders, and its other derivative traders (Moore et. al., 2010). The collapse of Lehman created disturbance in the U.S. market. Investors lose their faith in the market and they stopped lending money in the market. The down slow in the U.S. economy adversely affected the Europe market as well. Mostly markets relied on the government assistance, but the downturn has also adversely affected the health of the governments (Haas & Horen, 2012).

Other causes for occurrence of global financial crisis-

Easy availability of loans to consumers- Specifically, in U.S., Consumers have been provided huge loans. Excessive loans to consumers led to the financial crisis in the banks and financial institutions. Major default behind it was providing loans to the creditors with the impaired credit history (Ivashina & Scharfstein, 2010).

Default of the Ernst & young (the auditors)

Ernst & young is one of the biggest law firms in U.S. But it was considered as professionally negligent in the Lehman brother’s case. The auditors performed unethical & unprofessional activities, which led to the filing of lawsuit against it. The suit was filed by the New York prosecutors for hiding & protecting Lehman brother’s fraudulent activities and improper auditing of financial statements of the organization. They even protected the top management personnel from being prosecuted at an early stage (Kothari & Lester, 2012).

Before filing the bankruptcy in 2008, the organization has been fraudulently using repo 105 for moving its assets. Repo 105 is a repurchase agreement, used by the banks & financial institutions for obtaining short term funds by lending assets such as treasury bills etc. and repurchases the assets. The excess paid is considered as interest for the lending company.

The organization accepted funds by lending the assets and accepted funds as per the repo rate 105. The organization has been using repo 105 for the last few years, and used it as a means to sell off its assets and thus, using that money in paying off its debts. But it didn’t disclose regarding the use of repo 105 transactions to the government, investors, and credit rating agencies. Through using repo-105, the organization managed to remove the around $ 50 billion assets from the balance sheet. Through repo-105, the organization moved its tens of billions of dollars liabilities from its balance sheet and presented the organization less indebted. The auditors approved the transactions without any remark. The major default of the auditors was hiding the material information of repo agreements (Kothari & Lester, 2012).

1. The organization major default was to continue in its subprime mortgage lending despite a slowdown in the U.S. market.
2. Despite such risk & volatile situation, the auditors did not warn the organization against the side effects of the industry.

1. The auditor’s major default was hiding the true & vital information from its stakeholders. The organization put in hard efforts to show that the company’s financial position is sound & stable.
2. Auditors didn’t disclose about the repo-105 and other fraudulent accounting treatment by the organization. This has deceived the investors, customer, and other associated persons of the organization.

Protected top level personnel- the top level management has blindly approved the unfair and unauthentic misleading statements in the financial statements. The organization used various accounting transactions for hiding the real facts from the investors and public. And, all such fraudulent accounting transactions were approved by top executives. The auditors did not provide information about the negligence of the top management. This act safeguarded the top level management of the organization.

Professional negligent- The organization was working in a highly leveraged position. The company’s leverage ratio increased from 24:1 to 31: 1 in a very short span of time (Adrian & Shin, 2010). This was a very risky & volatile position and the auditors need to address the same. Being professional, it is essential to provide the investment consultancy and informing investors about the high-risk exposure of the organization. But the professional negligent of the auditors led to defraud the investors & customers.

Provides appropriate consultancy-the auditors must have protected the top executives & the risk committee of the organization from investing in highly risky and volatile business of sub-prime mortgage. The risk exposure was quite high, and any slight change in the market could disturb the entire firm.

The Impactof credit rating agency-Credit rating agencies plays a vital role in rating the financial & operating soundness of the organization. These ratings are relevant for the stakeholders in taking decisions. Wrong financial reporting’s led to wrong credit ratings, which ultimately mislead the stakeholders. Therefore, it is the utmost responsibility of the auditors to provide true & fair view bout the financial conditions of an organization. Thus, the situation can be well reported at the time.

Default of the top management personnel

Misrepresentation of the facts & figures- The top managers tried their best effort in disguising the actual financial position of the organization. They used fraudulent accounting treatment such as repo 105 etc. to show the sale of assets and reduce its debts. Overall, it tried to prepare clean & sound balance sheet. This misleading facts & figures in the financial reporting misguided investors and also, afforded to earn high credit rating.

Unethical behavior of top managers- the behavior adopted by the top managers is a clear example of unethical conduct. The managers failed to recognize their responsibility towards the stakeholders and indulged into malpractices and misconduct.

Unable to recognize the warning signs- the top managers completely failed in analysing the numerous warning signs about the future. The biggest default was that it didn’t realize that the company has a net negative cash flow from the past three years. This sign was clear evident about the financial crisis and the demise of the organization in future (Knapp & C, 2014).

Lehman brothers were majorly dealing in the investment banking and were highly engaged in the subprime mortgage.  There are numerous defaults on the part of the organization & the auditors, which lead to the bankruptcy of the organization by the mid of 2008. Failure of Lehman brothers was a major drawback in the U.S. economy and leads, to the ultimate global financial crisis. A Huge amount of money were lost by the investors, companies, banks and other related businesses and the blame was also by the regulatory authorities for inappropriate control over the processes of the organization. The effect of the Lehman brothers was both on the macro & micro economy. The following are the recommendations to the auditors-

Corporate Governance- According to Gyamfi & M (2016), Lehman Brothers was a major case of failure of corporate governance. The organization and its top executives were not able to comply with the laws and regulations. It is recommended to adhere to the corporate governance so as to compliance with the laws & regulations. If at the initial stage strict actions were taken against the default executives, it could have saved the organization from collapse. Rather, in this case, the board of directors were only interested in making money and not considered the high amount of risk associated with it and failed to comply with the norms and regulations.

Proper orientation of the business strategy- the organization business strategic strategy was high growth business strategy. And, for achieving the same, it moved its business strategy from low- risk brokerage model to capital intensive banking model. Despite, the low economic business environment, company strived its best to achieve the target, which was the main reason for its overall failure. Therefore, it is very much required to change the strategies in accordance with the macro factors.

Enforcement of regulatory measures- Lehman brothers is a landmark case of wrongful use of accounting laws & regulations. The organization has intelligently used the loopholes of the accounting law and deceived the investors. Therefore, it is highly required to enforce the legal regulatory into the firms (Siskos & V, 2013).

Calculation of the risk exposure- The Lehman brothers heavily invested in the risky & volatile situation. The risky subprime mortgage has led to the downfall of the organization, and also led to the global financial crisis. Through the case, it is evident that risk element must be kept in mind prior to investing in any business. Though it is assumed that higher the risk, higher will be the returns but the probability of failure also increases at the same time ((Siskos & V, 2013).

The in-depth study of the case of Lehman Brothers provided an insight into the defaults of the top executives of organization and its auditors. Their defaults have led to the collapse of the organization and ultimately, the global financial crisis. Today, there are numerous laws and acts, which state that the liability of the regulatory bodies & top management is very high for the wrong & unethical behaviour of the organization. In the Lehman brother’s case, the auditors i.e. “Ernst & Young” was mainly responsible for hiding vital financial transactions and misguiding investors. The report, further, consists of recommendations and guidance from the Lehman brother’s case. The case has provided a lot of information about the unethical accounting framework and misuse of the financial framework. Overall, this case has provided an insight into the potential liability of the auditors and the ethical activities which a professional needs to practice to avoid litigations or case suit.