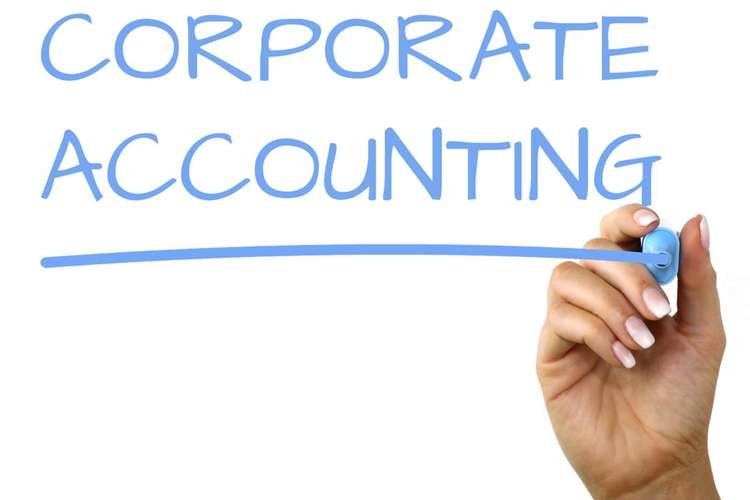 The modern mindset of the managers nowadays have made them ideally shift to the concept of transparent financial reporting and accounting. The financial leverage and cost of capital budgeting should be considered by company to sustain the busienss in long run.

Answer to question no-1

The decision of whether the financial task related to accounting and reporting should be regulated by an organisation or whether the concerned managers should be given the authority to disclose the financial information on voluntary basis depends on the way in which the entity performs and visions. The public shall include the competitive firms also and disclosing the information on a general basis shall create an open environment (Schaltegger, & Burritt, 2017).

The benefit of regulating the financial accounting and reporting may result in adding value to the organisation as the organisation shall not fall in general competition of over disclosure. Keeping the reporting regulated shall help the organisation to perform strategically and those strategies shall not be known to the competitors of the entity (Ioannou, & Serafeim, 2017). However, some entities may choose to provide the managers with the power to make voluntary disclosures. There are certain benefits that are accrued if there is voluntary disclosure. The markets nowadays want full-fledged knowledge about the operation of the entities. By providing information about all the aspects, the entity is in a position to gather more potential investors. The shareholders who have already been the members of the entity shall also remain attached to the entity, if they shall not be cheated (Jordan, 2014).

. The public is much satisfied when it is kept informed. The transparency shown by the organisation helps in making the entity more acceptable. The current market requirement is that every business must make the operational results available to the public. All the large businesses in this era believe in preparation of financial reports in a widely acceptable manner and as per the relevant accounting standards (Bhimani, Silvola, & Sivabalan, 2016). The preparation and presentation of financial information in an acceptable form leads to the public disclosure in a manner that is understandable by a layman also.

Answer to question no-2

The IASB in its function of identifying technical issues related to the IFRSs asks for collaboration and help from different Accounting Standard setting bodies, one major of them being the Australian Accounting Standard Board. The AASB provides all the input to the IASB in form of the technical issues that it identifies. After the technical issues are identified, the IASB needs to make research on the issues. It is practically impossible for IASB to itself make research on everything. So the AASB helps in making the research. Based on the research certain consultation documents are prepared. The documents prepared include, exposure drafts, invitations to comment, draft interpretations, and discussion papers (Morris, 2017).

For preparation of these documents certain communications are also done with the stakeholders. But using a single method to communicate with the stakeholders is not easy as well as convenient. To bring better convenience, certain communication tools are formulated and they involve roundtable discussions, focus groups, project advisory panels, and interpretation advisory panels. The AASB also receives such documents from the remaining organisations based in Australia. All the documents are altogether submitted to the International Accounting Standard Board. When the IASB receives all the documents and recommendations and suggestions, it finally inculcates the same in formation of the international standards. After everything is done, the IFRS are issued by the IASB with the help of AASB. This cycle revolves continuously and the AASB continually works in helping the IASB (Howieson, 2017).

The IASB constitutes several countries in its formation that represent the members of this oversight board. The members of the IASB help it in formulating the IFRS as per the issues they observe in their respective countries. The IFRS are issues with a view that a harmony can be brought worldwide. However, the IASB does not mandate the application of the IFRS issued by it to be mandatorily followed by the member countries. The countries are given an option to bring changes in their already adopted standards to bring convergence and harmony. Only a few entities in the respective countries that exceed a given threshold are entitled to compulsorily follow the IFRS. Hence there is no compulsion on the member countries and their respective entities to adopt them. It’s a personal choice that is provided to the member countries and the rest of the countries (Baños-Caballero, García-Teruel, and Martínez-Solano, 2014).Answer to question no-3

Answer to question no-3

In case of National Australian Bank, share capital of company has also increased by 27% since last three years. It has resulted to AUD $ 61288 million share capital which reflects that company has raised more capital by issue of the shares in market.

It is the capital which is provided by the shareholders to company. However, this capital is accompanied with the retained earnings, reserve, share capital, and accumulated profit of company. These four listed companies have been assessed and it is analyzed that National Australian Bank has highest ordinary share capital and kept AUD $61288 million in 2017 and it is also followed by the Common wealth bank of Australia (Ehiedu, 2014).

Other Equity Instruments and retained earning

It is accompanied with the instrument or share capital which is issued as share certificate, share warrant, and other shareholders. These all four banks have not issued other equity instruments other than the share capital.

It is the profit gathered by the company and kept for the particular purpose. The Commonwealth of Australia has kept the highest reserve of AUD $1869 which is followed by National Australian Bank had its reserve of AUD $237. The reserve of the Westpac Bank and Australian and New Zealand bank is very low (Baños-Caballero, García-Teruel, and Martínez-Solano, 2014).

The retained earnings is the amount of profit which is prepared by accumulating the profit year by year. It is kept for particular purpose such as redeeming the debentures and paying loans. The retained profit of Westpac has been highest and recorded to AUD $ 17442.

Answer to question no-4

The debt and equity play pivotal role in the capital structure of company. All four companies have been analysed to evaluate the financial structure, leverage and cost of capital of company (Mwangi, and Murigu, 2015).

The debt to equity portion of that Common Wealth bank of Australia is already very high which reflects 47% debt portion and 63% equity portion. The Common Wealth bank of Australia has kept stable debt to equity ratio over the last three years which may positively impact the business functions of Organizaiton if it will maintain sustainable profit business.

The Westpac bank has increased its financial debt portion in its business with a view to reduce its overall cost of capital. However, the debt to equity portion of Bank is already very high which reflects 48% debt portion and 62% equity portion which might negatively impact the business if company fails to cover its interest payment out of its available profits (Westpac Bank, 2018).

The Australian and New Zealand Bank has lower down its debt to equity portion as it has increased its equity potion and as compared to higher than its debt portion increment in capital structure (White, Sondh, and Fried, 2015).

After analysing these four banks, the main crux of this analysis is that Common Australian Bank for New Zealand has kept sustainable business practice by setting equilibrium between its cost of capital and financial leverage as well. On the other hand, Australian and New Zealand will have lowest cost of capital due to high debt to equity ratio. It might be good for Australian and New Zealand Bank to keep high debt portion as it has good amount of profitability in its business.