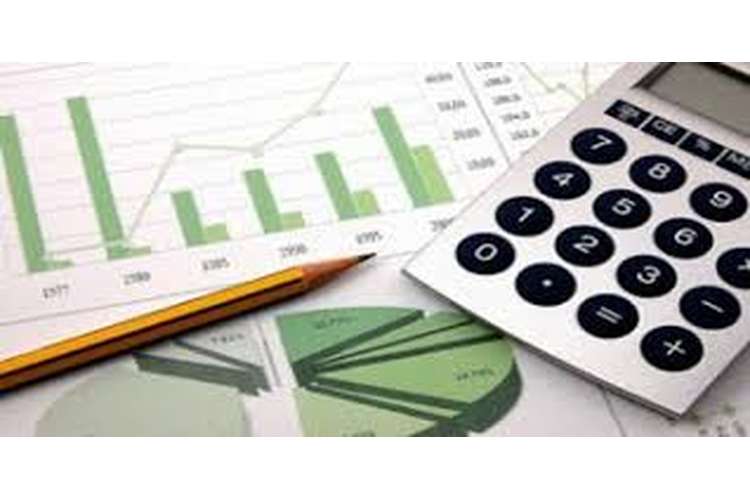 The main purpose of the report is to compare the companies of same industry and to make a conclusion on the basis of the research done from the information taken from the financial statements and other sources and four companies are taken which are:

AMP Insurance Ltd.: The insurance company is 165 years old and committed to help the customers to control their finances and manage the future finances. It is a leading wealth management company of Australia and New Zealand.

IAG insurance: A company engaged in general insurance and investing activities which include personal insurance, commercial insurance in Australia, New Zealand and few other countries.

QBE Insurance: It is the part of QBE Insurance Group and it is one of the top 20 general insurance companies which are headquartered in Sydney.

Suncorp Insurance: It is a provider of general insurance, banking, investment banking and other services in Australia and New Zealand. The company incorporated in the year 2010. 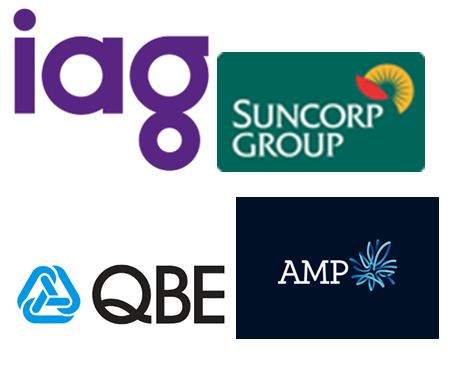 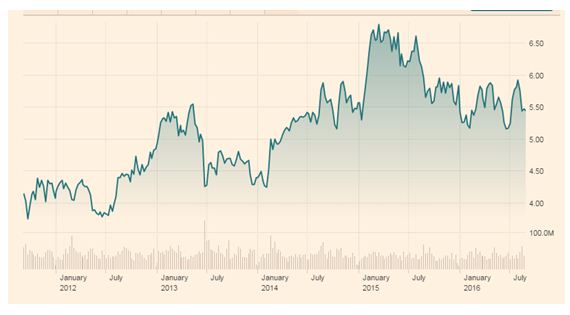 The company AMP Ltd. seen continues growth in recent years. It is successful in meeting the challenges of the environment of industry and delivered growth by controlling their costs and making the capital position strong. The company’s share price was highest in the months of January- July 2015 in the past 5 years (Preliminary 2015 AMP Ltd Earnings Presentation – Final 2016, 2016).

According to (Financialtimes, 2015), the revenues of the company fall 18.8% but the company continue to grow in income. The company dividends per share and EPS increased with the time and there is a positive trend in payment of dividends. The Earning Per share and Dividend per share are with the par with the average of the industry in the same. 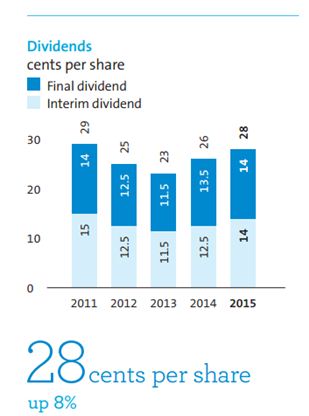 $828 million was given AMP to the shareholders as dividends from the profits of the company. The strategy of the company is to gain no. 1 position in the industry by expanding the business. For this, company has achieved new systems which help the company in taking the feedbacks from the customer and providing the services to satisfy the customer. New call centre technology has also been launched.

Company has been successful in reducing the costs by delivering the services on time and within the budget. Also, company launched new services for the investors and expanded business offshore too. AMP pleased its shareholders with a $1.1 billion profit in the year 2016 which is 7% more than the last year but the shares of AMP are at the same level like previous year (Financialtimes, 2015). 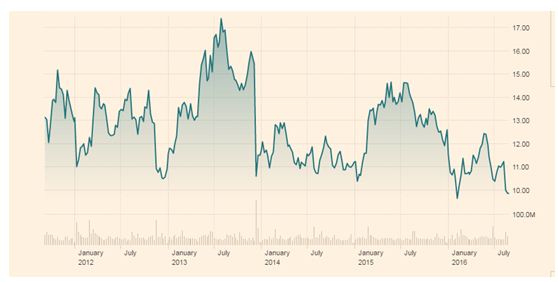 The highest share price of QBE Insurance Group Ltd. is during July 2013 to Jan 2014. The revenue feel from year on year as the costs selling cost, administrative cost and general costs have increased which brought a decrease of 7.41% of decrease in the net income (Interim 2015 QBE Insurance Group Ltd Earnings Call - Final 2015, 2015).

It is seen that the dividend per share of the company increased from 20.36% and earnings per share fell but while comparing the 5 years figures, the DPS and EPS are at par with the industry average. In 2015, the company successfully improved the short term performance for future. The company is looking towards the profitable growth            of the company to have increased earnings and dividends. The company not only performed in Australia but also in emerging markets like Hong Kong, Miami. The period of 2015 was a transition period for the company where the company improved its performance and returned to growth. The targets for 2016 are for better business and to invest in the strategic growth and operational excellence. The company knows and expect 2016 to be a more challenging year for the business so the business has planned its activities to meet the challenges (QBE, 2016). 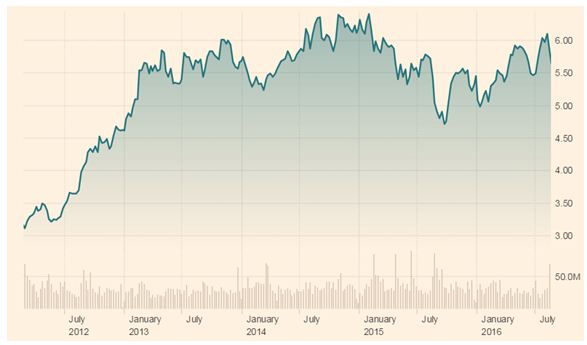 It is clear from the share price chart of IAG that the share prices of the company were at peak during July 2014 to July 2015. The operational performance of the company is sound. The Profit After tax for the financial year was $830 million ("IAG gets approval to expand insurance offering", 2014). 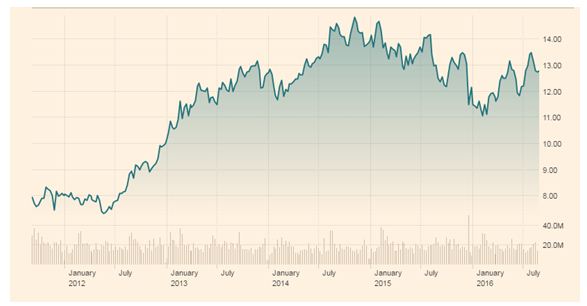 It is clear from the above chart containing the share price information of Suncorp in the last 5 years that the share prices of the company is highest during Oct 2014 to Oct 2015 (FTmarkets, Profile Suncorp, 2016)

The Net Profit after Tax of the company is $624 million and this was achieved when there are fluctuations in the market and other economical factors. The total Shareholders Returns of the group was negative 0.9% for the year ended 30 June 2016 but this is better than the peer group which gave results which are negative 6.5% (Suncorp reports decline in profit", 2013).

Summary and Comparison of Findings

It is found that all the four companies discussed above are among the well established and major insurance companies of Australia. While going through the research done on the performance of these companies it is found that, IAG disappointed its shareholders in the financial year ending June 16’ with its weak performance compared to other companies whereas AMP pleased its shareholders with a good amount of profit. IAG is also planning to expand its business to other markets like New Zealand which enhance its share in the market of insurance in the world ("IAG says it is positive about the insurance market in New Zealand", 2012). The board of Directors are well equipped and are well paid in order to retain them. All the companies are trying their best to achieve their mission and vision but the DPS and EPS of AMP increased while in QBE DPS increased and EPS dropped. Both of them fell in IAG and in Suncorp too both of them dropped. The net profit margins of the four companies are as follows:

AMP is the best insurance company as it delivers the highest Net Profit Margin among all i.e. 16.36% and also the increased DPS and EPS.

"IAG says it is positive about the insurance market in New Zealand", 2012, Global Banking News (GBN), .