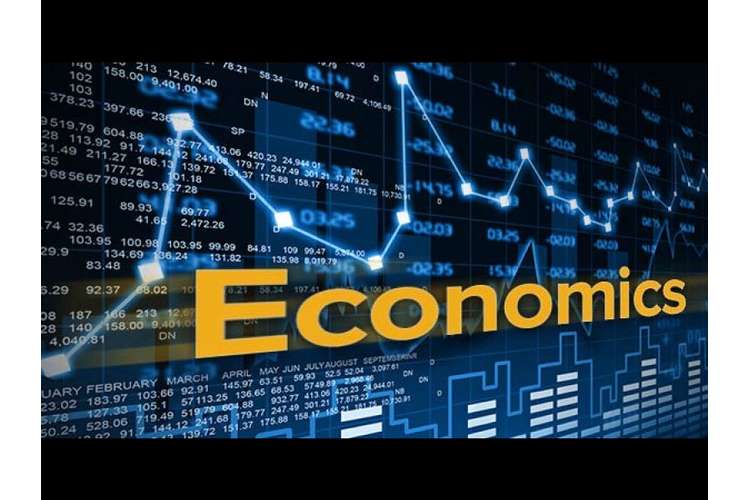 Quality is not free, is stated that an individual who wants a high quality of products and services must be willing to pay extra money for it. It should be noted that quality is not considered as a parameter which can be negotiated with the consumers, because of competition companies need to focus more on the quality of the product and the benefit which it will offer to the customers. This involves additional cost to the company as they wanted to provide the best quality to their customers, they may have to spend more on the quality of raw materials, have a quality inspection department, quality engineers etc. this involves more additional cost to the company. However, the cost associated with these is termed as opportunity cost.. Moreover the production possibility frontier states that the maximum output can be reached only when the resources are effectively managed. Since the allocation of quality teams involves in reallocation of resources, the firm need to evaluate whether such reallocation will greatly benefit the company and the product, the management need to evaluate whether such factors will enhance the market for the product and fetch more profits for the organisation.

The case presented with two options to the company, in case if the company chooses to focus on the improvement of the process of making ice cream, this will enable the firm to be highly competitive. However, the improvement needs additional cost for the company and they may have to forego the business during the peak summer seasons, which is an opportunity cost for the firm. During these times, the company may not able to supply the ice cream to the customers when there is high demand, the competitors will start selling more ice creams in the market and will have higher market share. But it should be noted that this is situation is short lived, because when the company has completed the improvement it will provide the company a unique advantage to the organisation, which will enable them to offer better quality ice cream to the customers and can increase their market share which they have lost during the summer season. 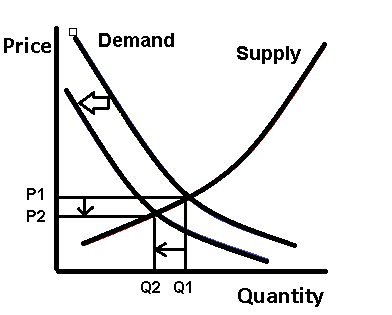 The question has stated that the university chancellor is worried on the increase in the cost therefore the management is looking to increase the revenue. In case if the revenue is increased, it should be noted that the cost will also tend to increase which make the profit intact. For example, in the table below we can state that

Say for example, the management decides to increase the revenue by 10% and assuming that the cost is also increasing at the same rate then,

On the other hand if the revenue is increased by 10%, the cost increases only by 5% then 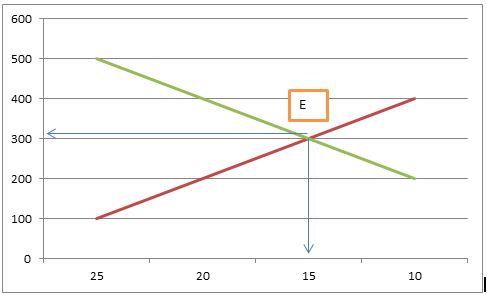 From the above table and the graph it is noted that at the price of $15, the quantity demanded intersects the quantity supplied which were at 300 million of kilos. Therefore this point is considered as the equilibrium point and it is represented as E

A support price is stated as the minimum guaranteed price which the producer gets for a stated products which is offered in the market. Also stated is that the support price is the minimum price which the seller can charge. From the above table it is noted that the equilibrium price is $15. If the support price is higher than the equilibrium price then the seller will be at profit as it is more than the minimum price range, also at the price of $20, the quantity demanded is 200 million of kilo and the supply will be at 400 million kilo, this enables that the demand is less than the supplied. Therefore there will be more unsold stock in the market. Therefore, the government may take steps to reduce the price so that the demand and supply intersects.

d.If the government decides to keep the price ceiling at $10, it is less than the equilibrium price of $15. At the rate of $10, the quantity demanded is 400 million of kilos whereas the supplied 200 million kilos. Since the price is less many customers will be willing to buy the product, however the supply is very less. By keeping a price ceiling of $10, the suppliers will not get the required price which will able to cover their cost and earn some profits. 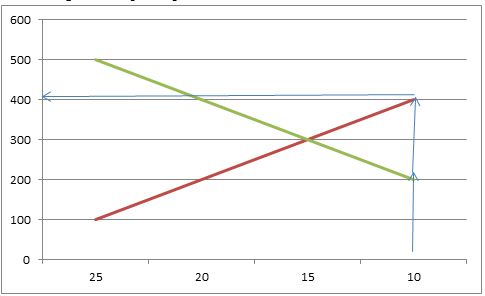 d.The cross price elasticity of demand is considered as the changes in the quantity demanded for a given product with respect to the change in the price of another product. If the cross price elasticity of demand is -2, then it can be stated that the two products are complementary products, because if the price of product A increases the demand for product B decreases. The example can be DVD players and DVDs.

e.If the cross price elasticity of demand is positive then it can be stated that if the price of one product increases, then the demand for another product increases. It is noted that this will happen for substitute goods. The substitute products can be Burgers from Burger King and KFC or the most common can be the cola drinks of Coke and Pepsi. 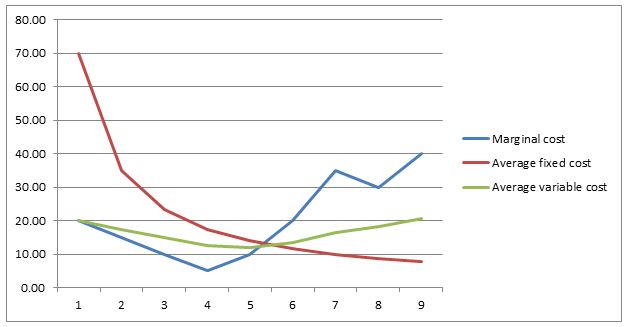 c.It can be briefly stated that the long run average total cost will be lesser for app designer when compared with coal mines. This is because the outlay of cash will be high in case of coal mines, as the cost of mining will increase based on the depth of the land from where the coal is being mined, however in case of app designer the short run total cost will be high as they need to install various infrastructure and technology, however once the app gets installed and began to make revenue then the total cost will reduce in the long run