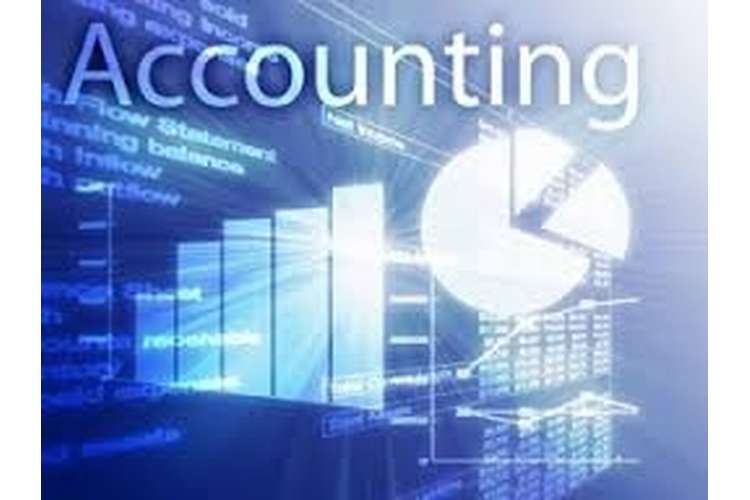 Financial statements are often used to make judgment by creditors or investors to make a decision regarding a company.  Misleading or untruthful financial statement has been linked directly or indirectly to ineffective accounting system and poor internal control.  In relation with that this ACC5216 Accounting Issue and Theory Assignment Help aimed to expose some of Toshiba Corporation’s accounting issue in financial report which disclosed in 2015. Toshiba admitted had inflated profit by ¥ 152billion or US$1,9 billion for the past 6 years. (from fiscal year 2008 – 2015).

This scandal was in light in April 2015 when The Japanese Security and Exchange Commission start investigating Toshiba’s accounting method. Japan claimed this scandal as the biggest scandal after Olympus Corporation was uncovered with fraud $1,7bn in late 2011. In addition ACC5216 Accounting Issue and Theory Assignment Help report will also provide a brief overview of Toshiba and understanding of its accounting policies and the reasons behind the company understated losses and gave their shareholders and investors an inappropriate accounting information.

To ensure the reliability of the information, data were collected from various sources such as company annual report, previous research, newspapers and news article and published media content.

Toshiba was founded in 1875 by Hisashige Tanaka and produced double-light bulb as their first product. It is officially become a Toshiba Corporation (Toshiba Corp) in 1978.  As Japanese’s economic increased, the company’s performance and sales was also raise and become one of Japanese leading company. It employs about 188.000 people around the world, Toshiba Corp was known as the fifth larger electronic company in 2011. (www.toshiba.co.jp)

Despite on the scandal, Toshiba Corp has constantly improved their internal control system to ensure the efficiency and effectiveness of the relevant and reliable financial reporting. For example: The Audit Committee occasionally interviews The Executives and Manager of Audit  report to Audit Committee on internal audit.  It is also mentioned The Executives provides explanation to The Audit Committee in regard with the settlement of account at the end of fiscal year prior the approval of Board of Directors.

In the other hand, Toshiba Corp contributes to sustainable social development in the Corporate Social Responsibility (CSR) program by participate in solving global social issues.

Create a new accounting compliance committee (understanding a basic accounting principleand issue through accounting training)
Commit “the human life and safety” according to legal compliance to their worker
Promote product assurance by disclose correct relevance information on their products.
Engaging in post-disaster development and supporting education literacy in Tanzania

On July 2015, Toshiba’s accounting scandals were revealed in several division including infrastructure projects, TVs and PC. It is claimed that Pc’s division had the most problematic accounting principal problem which more than third of the total profit was inflated (The Guardian, 2015). Aftermath the scandal, it become apparent that internal corporate governance and Japanese’s corporate culture had influence the accounting problem.  Researched by Clark and Dean (2007)  viewed corporate problem as pessimistic as to effectiveness because they generally accepting of the various governance reform. In the other hand recent study by Madhani, 2016 define corporate governance as an essential part for the creation of the company, and also will affect how companies are run in the society. A study by local University Professor Wakatabe (2015) believed that Toshiba’s major accounting fraud was influenced by Japanese institutional weakness and culture.  This is also supported by Desphande, et al. (1993)  who described “Gambatte” (try harder or persistence in Japanese word) for  Japanese’s  culture firm in the face of strong competition. For example, Mr. Tanaka who was the former president of Toshiba has set a high expectation of sales as a challenge and put pressure to employees below him.  Cultural issue was also one of the culprits where employees faced a dilemma whether have to do whatever the superior ask or just leave the job. Moreover, Toshiba also stated one of the failures is that the employees could not behave or act contrary toward the superior.

An investigation on this case by the independence team has revealed the accounting wrong doing. It is a big questions how Toshiba has its accounting report unchecked and unquestioned for the past six years. The team has found that Toshiba is not only understated loss that result in overstated profit but also delayed the recording of operating expenses, mark-up cost in a way that did not reflect  the true value or account. These are some inappropriate accounting method used by Toshiba.

In respond to Toshiba’s unreliable accounting report, actions have been taken to verify the information in order to give public the relevant information that represents the real economic benefit or loss. For example: overview the accounting method and process and interviewing people / organization who were involved.

The impact of those inappropriate accounting method between Toshiba and its vendor required an adjustment is shows:

The first cause of inappropriate accounting is when the company failed to record any of contract lost from their projects. In Toshiba, it was not possible to record any provision of loss to amend estimated or applied cost if there is no Company President (CP) approval. Furthermore, CP believed that when the cost become actual then it should be recorded (in the other word, Toshiba used cash basis not accrual basis). However, Toshiba’s management did not initiate procedures to have a provision of loss-making project because they thought CP would not approve it. As a result accounting did not record any loss from projects during 2013 – the end of 2014.  Other concern was about the recording of construction cost. Toshiba used percentage of completion method for their contract work, where the total income, total cost and the extended of contract should be timely and reliable estimate as of their fiscal year end (31st March).  This method required an estimation value by internal data prepared by the expert.  However, the project department reported failed to apply that method because difficulty in measuring the value by external. It was also believed back then it would be possible to correct additional contract and possibility to reduce the total cost of contract in the future.

The other case of inappropriate accounting was the transaction between Toshiba and its manufactured partners. As few projects carried by Toshiba, the company out-sourced the manufacturing process to partner. Toshiba would sell the computer parts to partners, which will assemble the product then it will bought back by Toshiba. The PC department will sell more parts than it required, which will affect in the over inventory stock and allowed Toshiba overstated the profit. As a result of this transaction company has a massive inventory part which reflected on the high operating profit on PC’s department. This was continuously happened from 2008 until the beginning of 2014. Then, from the second quarter of 2014, Toshiba’s top management decided to sell the held inventory to its 2 subsidiaries at the masking price and record the profit as negative manufactured goods.  By doing this, they reduced the buy-sell profit recorded at the end of 2014.

The other issues that contribute to the misleading information were the delay of the recording and measurement. For example: the infrastructure department allegedly decrease the project cost based on an estimated value where the fair value measurement should be used.  Some projects were also found that the provision of contract losses was not recorded at the time occurred. Example of this is when a manager instructed accounting to record and transfer loss to 2015 where the project has completed and recorded in 2014.   However, if this was not recorded, they should reflect as a revision of the total applied cost in a timely manner. Moreover, there were two Toshiba’s subsidiaries that found purposely delay the recording of loss because the provision was not sufficient enough to cover the actual cost. Despite on the awareness of the loss, Toshiba’s accounting and executives believed that provide a good financial outlook is essential and priority for the company.

Even though Toshiba’s accounting system has been spotted on, the internal control of the company was also been examined. Considering the company size, Toshiba should have developed their internal control which can monitor, evaluate, recommend and checking whether or not proper accounting is being carried out.  Example of this is, there were many projects where accounting did not record the provision of loss and did not make effort to further adjust their financial statement. In addition, the Internal Audit Committee was not functioning properly even they were aware of this wrongdoing but they were not able to speak out  the inappropriate accounting issues.  Public also believed this circumstances was difficult  because the member of the Audit Committee was also the Chief Financial Officer at the period that inappropriate accounting been exposed.

As the result of the causes set out above, Toshiba’s financial statement was not faithfully represent the real financial condition. Nevertheless, the disclosure of this scandal takes away public trust and disappointment of shareholders. It was obvious that Toshiba continuously perform inappropriate accounting treatment to make a good image of public. Moreover, we are also wondering Toshiba Auditor firm  Ernst & Young ShinNihon LLC  failed to point out the accounting irregularities and goes for 6 years without questions. Although the pressure from top management was immense, an independent auditor should able to spot and verify any irregularities in accounting. Toshiba improper bookkeeping record in construction division showed that the company’s financial statement was not neutral and not reliable because an estimated value was judge and depend on the CP. In addition of that, Toshiba did not consider prudence in their accounting practice, this is showed when accounting deliberately book the profit and deferral loss to future years which result in overstated income.

The investigation report also showed that Toshiba’s employees were doing their best and sincere for the company in context of the corporate culture. This is also a lesson for others Japanese Companies which more likely apply the same culture.  In the other hand, other factor of this inappropriate accounting practice could be a lack of accounting knowledge. There was no evidence or report from accounting to Audit Committee regarding the accounting treatment during the period. Compare to similar case WorldCom which has inflated asset by $11bn in 2002, Toshiba case was consider small although many disappointed shareholders are ready to file a class action suit.

First and foremost, Toshiba’s Executive need to revise company internal control including governance rules to regain trust. Top management should maintain and communicate rules in order to perform an appropriate accounting treatment. Moreover, as Japan has adopted an international accounting standard, Toshiba accounting practice should comply and harmonize the accounting policy with local listing regulation and International Financial Reporting Standard (IFRS). Toshiba might want to reform their accounting policies, including enforcement in application.  In such of environment where culture conformity become a critical issue in work life, top executives need to step further and promote a moral and ethical behavior regarding company culture. In addition, Toshiba also could enhance the quality of their internal control. Example of that, establish a powerful and independence audit committee that free from any executive influence.