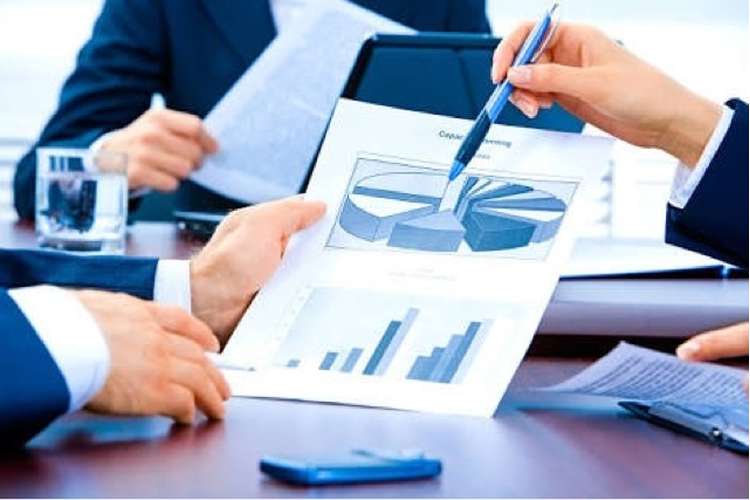 1. The total cost of material handling is calculated as follows:

The predecessor of Eloise Smith has been using the allocation rate as the percentage of direct material dollar value for the allocation of material handling costs (Bach, et. al 2013). The rate can be calculated as follows:

3. As material handling costs are directly proportional to the number of purchase orders for the material, it will be more appropriate cost driver as compared to dollar amount of direct material (Bach, et. al 2013). The dollar amount of direct material allocates more costs to the contracts than justified since the costs related to other departments such as manage finance, administration, marketing; human resources etc. are also covered in the allocated costs to the government contracts and commercial products. The costs related to these departments included in the material handling costs shall be allocated to the respective departments which can be done only through activity based costing using the purchase orders as cost drivers.

4. The difference in the allocated costs to the government contracts by traditional method using percentage of direct material dollar value and new method of using purchase orders as cost driver under activity based costing is calculated as follows:

6. (A)Eloise Smith is a newly hired cost accounting manager and she was asked by the manager of ECM’s government contract unit, Paul jones, to find a more appropriate method of allocating material handling cost with a view to reduce the number of government contracts (Segrest, 2013). This has resulted into ethical conflict as per ethical standards for accounting requires a cost accounting manager to present an independent view while providing services to client organisation. The independence of Eloise smith was affected as Paul jones have asked her to allocate expense as per a different method which is different from what she has selected as per her professional judgement.

(b)To avoid this ethical conflict smith should perform function as per her professional knowledge and judgement. She should use her skills to find out the best possible method of allocation of cost (Segrest, 2013). She should also follow the code of conduct issued for ethical standards issued by appropriate authority.

1. Best option for the Handy Household Products Ltd is to produce 80000 standard units and 100000 commercial units. Profit from standard units before fixed selling and administrative cost will be $ 160000 and from commercial units will be $ 400000. Fixed selling and administration cost is $600000. Overall net loss before tax from the above mentioned combination would be $ 40000. This loss will be the least from all given alternatives. During the first six months company has incurred overall loss of $ 200000. Therefore total loss of company during the year will be $240000. Relevant calculations are shown with the help of following tables (Shkrobot, 2011).

Profit/loss from given alternatives for standard compound-

Profit/loss from given alternatives for Commercial compound-

Profit for the last six months from selected best alternatives-

2. Resulted Loss from above mentioned alternative would be $ 135000 for the last six months.

A. Resulted loss from the given alternative is $135000. Fixed cost for last six month will be $600000. Since the optimum alternative of selling price for the next six months is resulting in losses for the company, therefore the company shall close its operations. Total fixed cost is exceeding the total contribution earned by company.    (Siano, et. al 2010).

B. Following are some of the factors which are to be considered before deciding whether company should close the plant for the last six months or not:

1. Unavoidable fixed cost- If the loss incurred during the last six month exceeds fixed cost during this period than company should shut the business for six months to cover the excess loss.

2. Market behaviour- market behaviour also plays an important role in determining whether to shut business for short period or not. If the demand for the improved productivity during the period is low than it is better to close business during these 6 months.

3. Current losses or profit of organisation.

4. The net profit or loss that can be generated from operating plant

6. Savings or decrease in losses due to closure of plant.

1. Yes with the introduction of new fees structure Hawthorn Leisure works will be able to improve cash flow management. Current fees structure of HLW includes membership fees as well as the hourly rate for using tennis court.  HLW has eliminated the payment for separate fees for using tennis. Rather club has included such fess into membership fees of club. With such scheme there is a fixed cash flow whether club members uses the tennis court of not. These fees will be paid in five instalments over the financial year (Siano, et. al 2010). Company has also introduced a promotional offer for 2 months in which members can pay reduced membership fees in only one instalment. It is estimated that active members i.e. 45% of total members will opt for this offer. This offer will bring cash inflow in club and it can invest such income in fixed income bearing securities and cash equivalent securities. This will increase the liquidity position of company. It will create a fixed income source for company. This offer will also attract new members in club.

Income from membership fees during the year is $137500.

Total revenue under current arrangement is $155991.

Membership fees for current period will be $ 650000. Calculations are as follows-

Assumptions taken are as follows:

2. It is given in the question that 70 % of old members have retained in company and loss of current members will be set off by introduction of new members. Hence it is assumed that 600 members will take membership during the year and they have taken membership after 6 months. Fees for 6 month would be 150 for individual and 250 for family.

3. It is assumed that new members who have taken membership during current year are not active members hence such members are not taken in calculation of advance received from promotional offers by club (Weaver, 2014).

3. A)  Following are the key factors that HLW should consider while before doing evaluating new membership plan and structure-

1. Preference of members- HLW should consider whether the new plans will be preferable for the members. Club have increased membership fees with a considerable amount and removed the tennis court fees. This might not be preferable to students as they might not be able to pay such high fees and prefer hourly rate for tennis court and low membership fee.

2. Competitors- Club should evaluate the fees structure of other clubs which are in competition to HLW. It should see that overall fees are not very high as compared to competitors (Weaver, 2014).

3. Questionnaire or interview- During evaluation process HLW should take suggestions from current members through with the help of Questionnaire and personal Interviews. Optional fees structures can be presented before them and most preferred should be selected.

4. Active Partners- Special preference should be given to active partners as they loss of these members can effect reputation of club in market.

5. Effect on sales- HLW should analyse the possible effect of proposed changes on the revenue of company.

Following are the types of financial analysis which HLW should prepare-

1. Horizontal analysis-it involves comparison of expected revenue from given proposal with the prior period results. If the expected results are better than prior period than it would be adopted.

2. Vertical Analysis-in this analysis expenses incurred by club will be analysed as percentage of total revenue earned by the club.

4. Industry comparison- In this financial analysis company will compare the financial results of itself with that of average results of same industry (Weaver, 2014).

In current scenario the company was not able to get sufficient amount of cash inflows. Cash inflows were distributed all over the year and also as per use of tennis court. Income of the club was not fixed and it was not equally distributed all over the financial year (as income was different during season and off season). In previous scheme HLW received cash in form of membership fees in maximum of five instalments but in proposed scheme club is taking a lump sum payment. With introduction of new fees structure and promotional offer cash flows of HLW has increased and the reserve of cash is also increased. Due to these changes, company had to bring changes inclient managementpractices. HLW should follow following practices during this period-