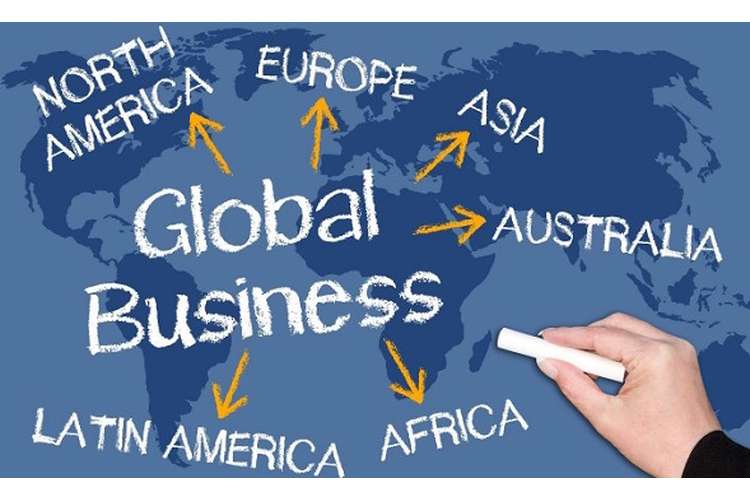 The purpose of this paper is to carry out a macro and micro environment analysis of MDH Spice Company, a moderately sized spice company based in India which is planning to export its products to Indonesia. Before entering a new market, it is of ardent importance to carry out a thorough market research of the target location, namely Indonesia in this case (Kahn 2014). Macro – environmental business analysis would include an analysis of the political, social, economic, environmental and technological factors, pertaining to the spice market (Markides 2013).

Overview of the company

The company chosen for this paper is MDH spice company (Malaysian Di Hatti spice company), a spice manufacturer and producer in India. The company is a family business and boasts of being 100 per cent Indian. The company is one of the most important exporters of spices in India, holding more than twelve per cent of the market share (Mdhspices.com 2018). With a wide array of blended spices, which have their origins in ancient India, the company also provides recipes for their customers to follow. However, the management team at MDH Spices has conclude that in order to reach out to a wider market, they would have to begin exporting their products to Indonesia, which with its rich culture and traditions, has always been the hub of exotic spices.

Strengths and weaknesses of the company

1. Spices have been sourced from different parts of the India.
2. A family business based on culture and traditions as their prime foundation.
3. Recipes handed down from generations, which immediately appeal to customers
4. Blended spices ranging from basic to seasonal types.
5. No preservatives, fillers or artificial colors have been used in the manufacture of spices, catering to health-conscious customers.
6. MDH Spices has a prominent market presence in India and is planning to have the same influence in the Indonesian market as well.
7. The company also follows a low pricing strategy, which ensures that more customers would be able to purchase their products.

This would be the first time MDH Spices was planning to venture into a market as wide and extensive as Indonesia. The company so far had mainly been restricted to its home market, with branches spread out across India.

Indonesia has a large non-vegetarian population; such spices and similar products would not appeal to them.

In order to understand the spice market in Indonesia, it would first be beneficial to have an idea of the overall market trends prevalent in the country and the various factors affecting it (Gillespie and Riddle 2015). In any given market, an industry would be affected by certain social, technological, environmental, economic and political factors – with one of these factors affecting it more than others. To understand them in depth, a PESTEL analysis has been carried out.

Indonesia has been considered to be a republic country ever since it gained independence from Japan in the year 1945. Ever since its independence, various measures have been taken by the Indonesian government to regulate import and export and trade of products with other countries (De Villa, Rajwani and Lawton 2015). Moreover, Indonesia is a relatively stable country, as far as its political environment is concerned. As a matter of fact, the political stability of the country can be compared to that of MDH Spices’ home country, India. Thus, the company would not find it too difficult to accommodate in the new market.

As of 2018, Indonesia has been termed as a developing country. However, owing to certain government policies which have been implemented, coupled with the rich heritage and natural abundance of natural resources in the country, the Indonesian economy is growing at a startling rate (Shahbaz et al. 2013). The GDP of the country has rapidly grown in the last few years; out o that, nearly 23.5 per cent has been due to export and trade. Since it is a developing country, Indonesia relies heavily on export and import. The changes in population have led to an increase in income and export and import rates. For example, the import industry mainly emphasizes on commodities including chemicals, food products, equipment, fuels and machinery. The total import in the last fiscal year crossed 15o billion dollars, with most of its products being imported from China, Singapore, India and Thailand (Sanusi, Butler and Rola-Rubzen 2013). Because of the increase in productivity levels, the government policies associated with import and export have been evolving in Indonesia. The spice market in Indonesia, more than any other industry, is largely operated by exporters from around the globe. With such economic conditions, it can be expected that the spice market in Indonesia would be receptive to new comers like MDH Spices.

Social factors form an integral part of the macro environment of the any country (Van Wormer and Besthorn 2017). Indonesia is one of the most populated countries in the world, and the population of the country is only increasing. Moreover, Indonesia has always been deemed as a country of youngsters, or Generation X. This generation belongs to the era of fast or junk food; however, it has been observed that there is a growing awareness amidst the young people of Indonesia about the prevalent traditions of the country. There is a need to return to the roots, to the cuisines and food culture that the older generations were accustomed to. This is one of the reasons why the spice market in Indonesia is slowly gaining momentum.

As a developing country, Indonesia has made significant progress as far as technological advances are concerned. The transportation and communication systems in Indonesia are very well developed with excellent connectivity in both sectors, which are required for seamless export and import.

Being a developing country, the government of Indonesia lays emphasis on the environmental impacts of any industry. As a matter of fact, the government has also imposed several laws which regulate the effects of manufacture or trade on industry. Thus, it would be the responsibility of MDH Spices, a guest in the country, to pay due respect to the environmental laws of the country. However, it must be remembered that Indonesia has always been vulnerable to many natural disasters including forest fires, deforestation and volcanic eruptions (Carlson et al. 2013). These factors could take a toll on the trade in the country.

While exporting the spices to Indonesia, the company would have to keep in mind the laws and regulations related to trade and import and export in the country (Pangestu, Rahardja and Ing 2015). Different countries have different regulations related to trade and taxes that must be imposed (Rasiah 2013). Before entering the new market, it would be beneficial on the company’s part to have a sound knowledge of the same. Also, Indonesia ranks 5th as far as labor forces and related property laws are concerned. With such stringent and well-defined laws governing the laws of the country, it can be expected that the workforce in Indonesia would be efficient, thus enhancing the sales rates of MDH Spices in the country.

The target market for MDH Spices in Indonesia would be men and women between ages twenty and fifty, especially people who have a taste for good, home cooked meals. The older generation, who prefer to cook tasty meals at home, would be willing to experiment with spices and create their own recipes. Moreover, the younger generations who are interested in cooking would like to try out different spices of Indian origin which could be combined with Indonesian flavors. For example, cardamom has a very high demand in the Indonesian market (Qonita, Riptanti and Uchyani 2014) Additionally, MDH Spices would also be planning their marketing strategy around local restaurants (harboring local and global cuisines), since such restaurants and diners usually look out for regular suppliers. To sum up, anyone who has a good palate, and would be able to recognize quality spices would be a target customer for MDH Spices.

To carry out a competitor analysis of the micro environment in the Indonesian spice market, Porter’s Five Forces Theory has been used.

Buyers’ power (High) – It must be mentioned that large retailers and brands dominate the herbs and spices market in Indonesia. Thus, in Indonesia, the buyers’ power is high and must be considered while MDH Spices plans to penetrate the market. Moreover, the buyers or the customers in the spice market have a high demands and expectations like low price, consistency in terms of quality, compliance with the existing standards of the product and so on.

Rivalry (High) – The Indonesian spice market, as mentioned earlier, is already well developed with several key players ruling the market. For example, Royal Spices in Indonesia is one of the largest processors and manufacturers of spices in the world. Similarly, PT Supa Surya Niaga is another such brand which has its roots in Indonesia and has been around since 1999 (Hannigan 2015). As such, MDH Spices might find it hard to overcome these rivals and establish itself as a forerunner in the spice industry.

New entrants (Low) – The threat from new entrants would be potentially less in the case of the Indonesian spice market. This is because establishing such a company requires massive capital investment along with a strong infrastructure; therefore, there is a reduced chance of new companies entering the market.

To conclude, it can be said that an analysis of the external and internal environment of the Indonesian spice market would be necessary to understand if MDH Spices would fare well in the new market. The company, which had so far been constricted to a specific market in India, would need to conduct thorough market research before venturing into international business in foreign markets. The PESTEL analysis along with identification of the company’s strengths and weaknesses would provide an insight into the factors that could make or break it in the foreign market.

The company would be advised to carry out a thorough analysis of the social, political, economical and technological factors that are instrumental in export of spices.

The company would also be advised to carve out a marketing strategy that is market oriented and considers the interests and buying preferences of the target market.

A sales and branding strategy would also have to be devised, which would highlight the unique selling proposition of the brand. MDH Spices would have to give the Indonesian customers a reason to choose their brand over native companies which have been around for ages.