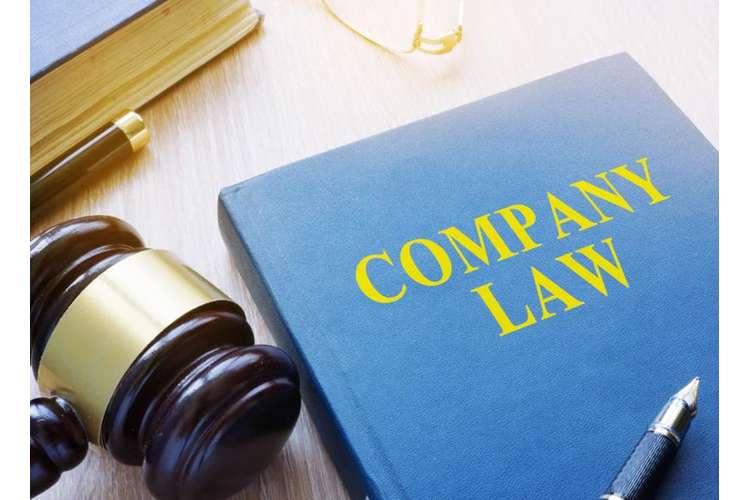 Whether any of the person mentioned in the case study has violated the director duties?

The duties which are imposed on the directors of a company are given under Part 2D.1 of the Corporations Act2001 (Cth). These duties are imposed in order to govern the operations of their directors while they are discharging their duties. Section 180 of this act provides that directors have to maintain care and diligence (AICD, 2017). They have to maintain a standard which is expected from a reasonable person while operating in such a position. Section 181 of the act imposes the duty of acting in good faith. The directors have to ensure that they act in good faith because they owe a fiduciary duty towards the company. They should prioritise the interest of the corporation above their personal interest while taking business decision making process. Section 182 of the act provided that directors should use their position only for proper purposes. Directors operations at the apex position in the company based on which they have immense powers. They should use these powers for proper purposes only which means that they should avoid taking business decisions which could be detrimental for the company or its members.

Section 183 imposes a duty on the directors to properly use the information. The directors should ensure that they use this information for proper purposes and avoid using it in a way which could be detrimental for the company or its members. In case these duties are violated, the court can impose penalties on the directors. In ASIC v Narain(2008) FCAFC 120 case, the director failed to maintain a standard of care. In this case, the director authorised the issues of the letters to the public in which misleading information was given (Hargovan, 2010). The director was also involved in the process of drafting such letters, therefore, the court provided that the director has failed to maintain a standard of care. Section 588G of the Act provides that directors have a duty to ensure that they should not involve in any trading practices which could result in making the company insolvent. In Morley v Statewide Tobacco Services Ltd (1993) 1 VR 423 case, the court provided that directors must stop from signing a debt or incurring any expense if they have the suspicion that the company will become insolvent (Golding, 2012).

In the given case study, Dion was acting as the executive director of the company. He failed to inform the company the organic food business which could bring significant profit for the enterprise. He thought that other directors would reject this proposal; therefore, he decided not to tell them about this business venture. Dion violated the provisions of section 180 since he failed to maintain a degree of care which any reasonable person would be asking other directors regarding the business. Moreover, he entered into transaction with Organica Limited by his own company Lifestyle Today Pty Ltd for gaining person profits due to which he violated section 181. He also misused his position and information while making this decision, thus, section 182 and 183 are violated. Moreover, the directors failed to consider the advice given by Rita that they should not engage in any activities which could result in making the corporation insolvent. Since they acted even when knowing that their decision might result in making the company insolvent, they violated the duties given under section 588G.

Dion, Larry, and Vance have violated the director duties given under the Corporations Act.

Whether any defences are available for directors?

Section 1318 of the act provides safeguard to directors in case they failed to comply with their duties. This principle provides that directors have the duty to ensure that they act reasonably; however, the best judgement requires that parties must rely on discretion and acquittal while taking decision (Austlii, 2018). The best decision from the perspective of the director might differ from the perspective of the court based on which the director can claim safeguard under this section. Therefore, this section presumes that the liability of the director depends upon the circumstances of the case. In Scott v Williams(2002) 224 LSJS 393 case, the directors were able to claim safeguard under this section based on which their penalties were reduced by the court.

In this case, the directors can rely on the safeguard given under this section to reduce their liabilities. Dion cannot rely on this section to eliminate his liabilities raised under section 180 to 183. However, the directors can reduce their penalties by providing that the decision to invest in the advertisement was for the benefit of the company since it was facing loss. However, this safeguard would be depending on the discretion of the court based on which their liability can be partially reduced.

The directors can rely on the defence given under section 1318; however, it is not an absolute safeguard.

What types of penalties can be imposed on breach of director duties under the common law and the Corporations Law?

The penalties imposed on the directors include payment of financial compensation and disqualification from the role of the director of the company.

The key issue raised in this case is whether any remedies are available for Caitlin and Sarah under the Corporations Act?

The Corporations Act provides various provisions in order to protect the rights of minority shareholders of a company. Based on these guidelines, the rights of minority shareholders are protected from unfair advantages of majority shareholders which they can get by misusing their powers and position. Part 2F.1 of the act provides various statutory remedies which are given to minority shareholders. The part also imposes various restrictions on the majority shareholders to protect the minority group of members from their oppression. The key guidelines are given under section 232 to 235. Section 232 provides that the court can issue an order if the company’s affairs or resolution is contrary to the interest of its members or oppressive towards particular class of members (Legislation, 2018). Section 233 of the act provides that the actions must be related to the operations of the enterprise as given under section 232 (1) of the act. Section 53 also issues a limitation of the corporation. It prohibits the company from keeping its affairs limited to the internal management and proceeding of the enterprise. The affairs of a corporation are public which can be accessed by its members.

Moreover, the affairs of a company include various factors such as transactions, trading practices, control, business, establishment, ownership of the shares and others. Section 234 of the act provides that an application for issuing of the order under section 233 can be made in case the member of the company omitted an act as the capacity of the member (WIPO, 2013). The oppressive and unfair conduct against the minority members of a corporation is prohibited by the act. The examples of unfair and oppressive conduct include non-payment of dividend to the shareholders of the company and instead increased the payment given to the directors when it is not justified. Moreover, it also includes excluding the directors of the company from representing the shareholders from representing any group of shareholders in the enterprise. It is also unfair if the shares are issued with an objective to dominate or dilute the voting rights of minority shareholders (Anderson, Welsh, Ramsay & Gahan, 2012). The oppressive conduct includes applying the funds of the company for the beneficial interest of particular shareholders of the enterprise. Moreover, if the majority shareholders are refusing or avoiding the minority shareholders to call the meetings, then it is determined as unfair conduct.

In the given case study, Caitlin and Sarah are minority shareholders of Carpets Galore Pty Ltd which is a family owned business. Both of these parties are excluded from the decision to raise the pay for Ben and David, and the decision was taken by Ben and David themselves without their involvement. Moreover, they were also not consulted regarding the decision to issue dividends in the company even when it is getting profits for the past three years. They were also not consulted in the decision to sell four retail outlets of the company to another enterprise in which Ben is a director. The independent valuation of the outlets was not completed before the sale as well. Based on these activities, the provisions given under section 232 apply in this case because the dealing of the company is unfair and oppressive towards Caitlin and Sarah. Both of them are treated wrong by the enterprise, and they have the right to safeguard their interest under section 233 of the act. Based on this section, the court can prohibit Ben and David from acting oppressively against Caitlin and Sarah. Thus, the minority shareholders have equal right to involve in the management and decision making of the enterprise. In order to stop the unfair practices, the court can give an order to wind up the company or ordered the majority shareholders to purchase the shares of the minority shareholder. Moreover, the court can order Ben and David to pay the compensation to Caitlin and Sarah for their oppressive behaviour.

To conclude, various remedies are given under the Corporations Act for Caitlin and Sarah to protect their rights in the corporation from the oppressive behaviour of Ben and David.