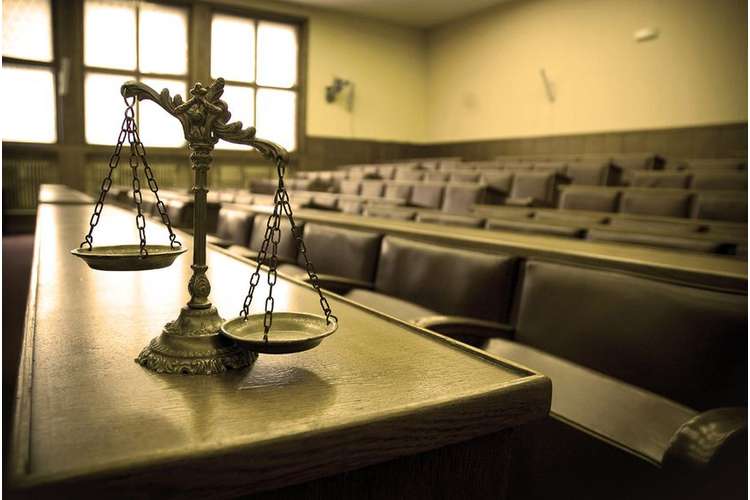 The given Assignment helps to understand the Proceedings in the Criminal Court. The different terms and their explanations have been justified with the help of a case law. The legal terms like the summary trial, committal hearing, jury trial, sentencing hearing, etc. have been elaborated. The hearings and arguments happened during a case law have also been described by observing a case in the court room. The role of Judges, Advocates has also been examined. The people who are present in the court room have also been mentioned. The decorum of the court regarding the respect, silence, etc. has also been explained. The emphasis is also been given on the physical layout of the court room. The arguments and procedures that took place in the case law has been clearly mentioned.

Prosecution need to prove that the person is accused of any criminal offence by providing evidences which proves the offence against him. In criminal offence, police charge people by arrest, complaint and summon. The Crown Prosecutor needs to prove the critical facts of the case and whether that particular criminal offence was committed by that person in the custody. The person needs to be proved guilty of any criminal offence by the Crown Prosecutor. People charged with this offence are assumed innocent until they get proved guilty in the court room. The defendant does not have any burden of proof regarding any witness or any evidence. Since the defendant has been charged, the judge cannot assume any negative impact upon that the person. Solely upon the evidence presented, person is proved guilty for the criminal offence. (Dine, Gobert & Wilson,2010) 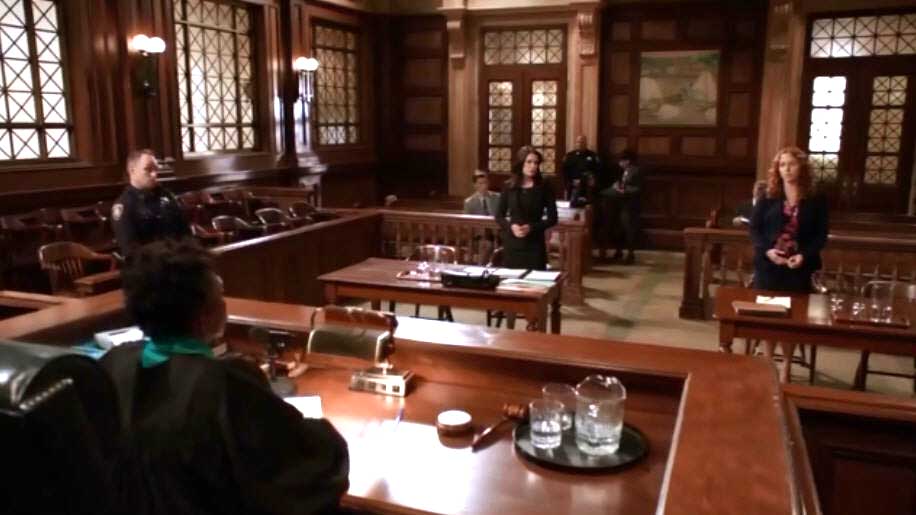 The efforts made by a person to evade any criminal or civil liability. To avoid any type of liability in the course of a law proceeding could be termed as the Legal Defense. It is generally made by the Defendant to evade any allegations through evidences which include information, witness, etc. Apart from defending himself, the defendant also make allegations against the Petitioner or the Prosecutor. The burden of proof basically lies upon the defendant.

Defense of Necessity:It is raised when the act is carried out due to exceptional cases. The accused disobeys the law as he had no other option or he was desperate for doing the act. However, the court is hesitant to accept it as it may give negative impact to the public.

Defense of Mistake:It occurs when the accused is unaware of the fact that it would become illegal to do that particular task. It also might happen during an accident during which the accused did not have any intention to perform the act. 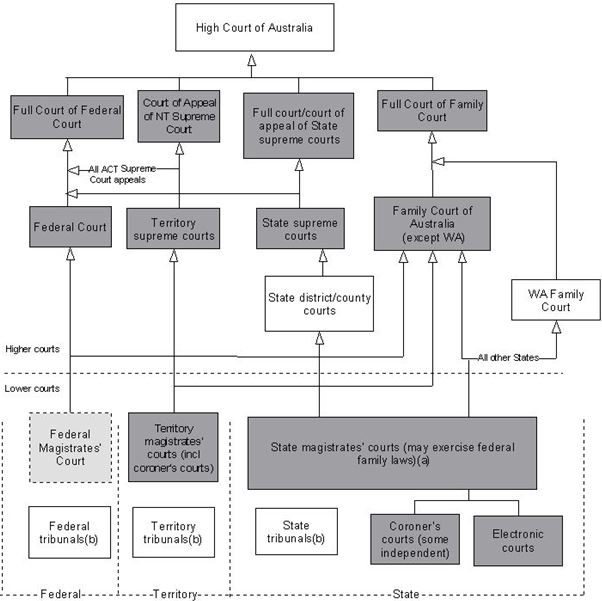 High Court:Appeals from State and Territory Supreme Courts and legislations lies to the High Court which makes it superior in both State and Federal jurisdictions.

Court of Appeal:The jurisdiction here lies only of the appeals from the Supreme or County/District Court. It is basically an appeal division of Supreme Court in each State.  It generally consists of three Judges of Appeal.

Supreme Court:The highest courts in each State and Territory. The jurisdiction includes the most serious criminal offences and also the civil disputes involving huge amount of money and greater complexity.

County Court or District Court:An intermediate court that hears serious indictable offences of criminal trials. However, the jurisdiction is to hear all offences serious offences.

Magistrates’ Court:It is the lowest court which deals with minor criminal offences. The civil cases are also heard but up to the value of $100,000. To get sufficient evidence for serious criminal charges, committal hearings are also conducted for the Supreme Court.(Cassese et all.,2011)

A trial which is conducted by the judge alone and not the jury. It all depends upon the level of crime committed by the accused that whether it would be heard by the summary trial or not. It clarifies whether the trial is eligible for trial by jury. The statute that creates the offences must clarify its jurisdiction to be dealt with summary. These offences are generally less serious. The accused could not be arrested without the arrest warrant. The admissibility of the evidence is must in the summary trial. The Judges makes the final ruling based on the evidence.

Pleading guilty: The magistrate listens to the submissions and decided the fine or next date for sentence hearing is set.

Pleading not guilty: Prosecution starts by presenting their evidence and questioning witnesses.

The findings of the facts in the legal proceeding by the Jury regarding the decision are called the Jury trial. The arrest warrant is not mandatory to arrest the accused for the police. The countries which do not possess a common law system, it is of very less importance. It requires the trial by the judges and the jury.(Heller, & Dubber,2010)

The hearing in which sentence is given by the Judge is called the sentence hearing. Once the offender is found guilty, Judge Orders for it in case of very serious cases. Crown and the offender’s lawyer ask for the criminal records of the accused before ordering for sentence. The past history of the accused is must to be given a sentence hearing as it involves a crime of very serious nature.(Freiberg & Gelb,2014)

6.The court which was attended was the High Court. The case, Monis v The Queen was going on and the hearing of the case law was very serious. The sole question present in front of the Judges was whether there is violation of the freedom. It dealt with implied freedom of political communication regarding criminalisation of sending offensive messages through the postal system. The hearing was clear in terms of legality on part of the Advocates.(Duff,2010)

7.The defendant was claimed to have sent letters to the parents, spouse and relatives of deceased soldiers killed in bombing while being on service. However, the letters contained the expressions of sympathy but it also includes the criticism of the deceased soldiers. Even the body of a deceased soldier was compared with the dirty body of a pig. Monis was charged under Section 471.12 of the Code with 12 counts. Although, Amirah Droudis was charged with 8 counts for assisting Monis for commission of those offences.

It seems to be the indictable offence because the charges are extremely high. Moreover, it affects the public at large and it is about the soldiers of the country’s army who are killed.

9.The perfect decorum of the court was made as it was seen in the books. The pin drop silence, silent phone, cleanness, kind language, etc. could easily be seen. The dress code of the Judges and Advocates was the same as mentioned in the books along with their Professional Etiquettes.

Everyone was fully into their role in the court room. Judges witnessed the evidences and cleared out the differences between the parties. The jury helped in making clarity and discussed the arguments. Advocates fought hard through arguments to win it through legal means. Accused was given the chance to clear his side of the story during the time period. He was standing in one side and the guilt could easily be seen from his face.  The audience silently understood the whole scenario of the case. (Werle & Jessberger,2014)

1.It all started with the petitioner presenting his file to the Judges. When asked by the Judges, defendant presented his facts of law. Now, the case of arguments began. Petitioner expressed his point that the defendant sent letters to the family of soldiers who were killed and a soldier being compared to a dirty body of a pig.
2.Defendant made his argument expressing it was the letter of sympathy for the family and relatives of the deceased soldiers.
3.It was now witness’ turn to enter the witness box and express his views. He explained his evidence clearly to the point.
4.Then, the further arguments happened between both the parties of the case and it became interesting how the Advocates were expressing their point of the story with the available facts of the case.
5.The whole case law was not that difficult because we got seated in the front row and it was easy to understand the whole case as it was audible. Moreover, the topic was once studied and thus, it becomes comparatively easy for me to understand it. It was a remarkable case in the Australian criminal proceedings.

Case: Monis vs. The Queen

Court: The High Court of Australia

1.The case was regarding the implied freedom of political communication that whether the government can criminalise or not sending offensive messages through the postal system.

2.Section 471.12 makes the use of postal or similar service an offence

4.The New South Wales Court of Appeal rejected this argument and found out the section to be valid.

5.Then the appeal was made to the High Court.

6.It was held that as per Section 417.12, its purpose is simply the prevention of using the Postal Services in an offensive way. Moreover, a wider degree of importance is given to the role regarding offensive communications which play in political discourse.

7.It was also held that Section 417.12 is not valid as to avoid the infringement of the applied freedom it should not be read down. (Gelber,2014)

The assignment brings the clarity of the criminal court proceedings in Australia. The different aspects of the court room along with the procedure gave essential impact on the assignment. The observation of the case was very interesting and helped to gain a lot of knowledge during the court room schedule. The case law elaborated the topics with the clear understanding of the different terms with example. The role of Judges has always been the most important in the court room as they the one who will make the decree. The arguments by both the Advocates motivated us in raising our standards and morale. The different levels of court helped to maintain the hierarchy among them. It could basically be the conclusive evidence regarding the observation of a case in the court room.